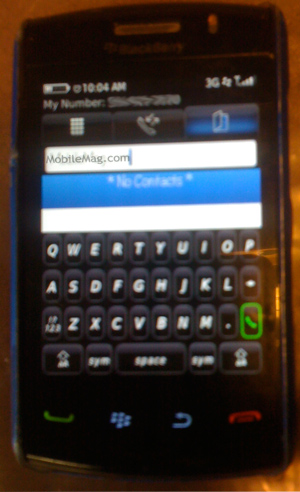 The phone was dirty when we opened it up, mostly from of sandy texture. Sand (salt) and moisture can cause corrosion in phones.

A Storm 2 teardown begins by taking out the battery and SIM card as well as the top and bottom front plates.

Then you pop the top and bottom plastic caps off. Be careful because they are stuck with adhesive.

Then using your fingernail pry out the back casing/housing.

Also remember to disconnect the 2 ribbons on the motherboard.

Separate the motherboard from the LCD, which are held together with metal clips that you have to pop out.

After removing the old LCD you remove the metal plate that is adhered to the back of it.

You then apply it on the new LCD. At this point you can clamp it back to the motherboard.

The line in bold is key to enabling a sensitive touch to the screen. It is also a step that many people leave off of the various online tutorials. Some parts may come with a replacement metal plate already adhered but at any rate it is a waste of money.

Once we were done with this the touchscreen was responsive. To finish it off I changed the keypad settings. We changed the hover time to 100,
double tap to 100 and key type to fast and swiping to 6.

After this, the phone was better than when RIM made it. One final note: When your glass digitizer breaks on the Storm 2 the LCD needs replacing because they are glued together. This drives the cost up and is something all phone companies should avoid, yet most do not.