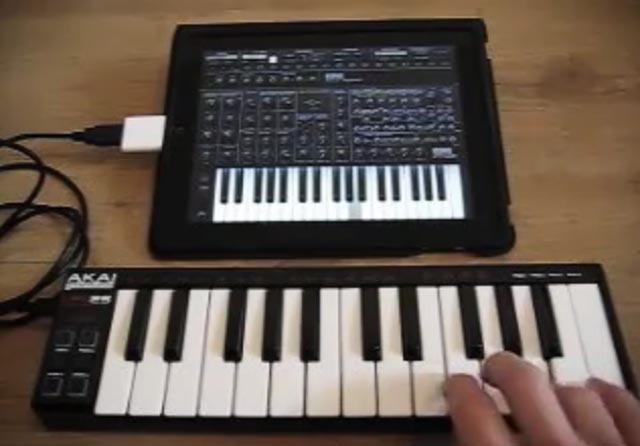 The folks at Create Digital Music have provided further proof that the iPad is in fact for consumers and creators with a series of new tutorial videos.

Using the camera connector and a USB-MIDI adapter, CDM’s Peter Kirn uses several MIDI music devices from the 80s in conjunction with different apps to create beats, synthesize tracks and hash out keyboard scores on the tablet.

It’s only a matter of time before somebody makes a MIDI version of AmpliTube’s iRig guitar adapter, but until then techno musicians can take solace in the fact that the iPad camera connector does indeed work with the old MIDI sequencer you inherited from your Uncle B.