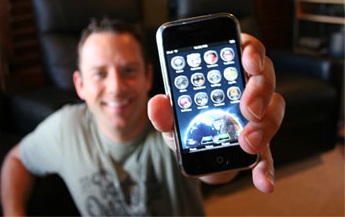 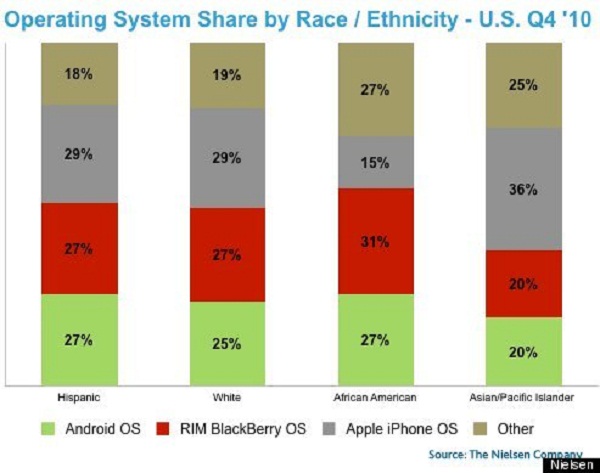 The clash between smartphone platforms has always been a heated one, with just a handful of companies fighting for dominance. Now a new study done by Nielsen may provide us with some insight on which platform is really winning the hearts and minds of consumers, and even deeper, what kind of consumers are they attracting.

As of year end 2010, a little over a third (31%) of all mobile users in the United States were using smartphones. According to Nielsen, Asian/Pacific Islander and Hispanic consumers were the most likely to own a smartphone with both at 45%, followed by African-American consumers at 33% and, with only 27%, White mobile users were the least likely to choose a smartphone over a feature phone in their mobile purchases. It was also found that there is a significant skew towards the younger mobile consumers in the population as being smartphone users.

Research data from Nielsen goes on to categorize each ethnic group and the percentages of that group that prefer specific smartphone operating systems. Preferences among White and Hispanic mobile users are nearly identical with similar numbers for the three major platforms: Android, BlackBerry and iPhone. Compare that to the other two ethnic groups, both of which seem to prefer one platform to the others. It was found that 31% of the smartphone-owning African-American population had BlackBerry devices, and 36% of Asian/Pacific Islanders owned an iPhone.

We can only assume why these numbers turned out to be this way, whether it is only a coincidence or if there really is a cultural or a universal preference among people of certain races, but it is interesting to see where the pieces are falling.