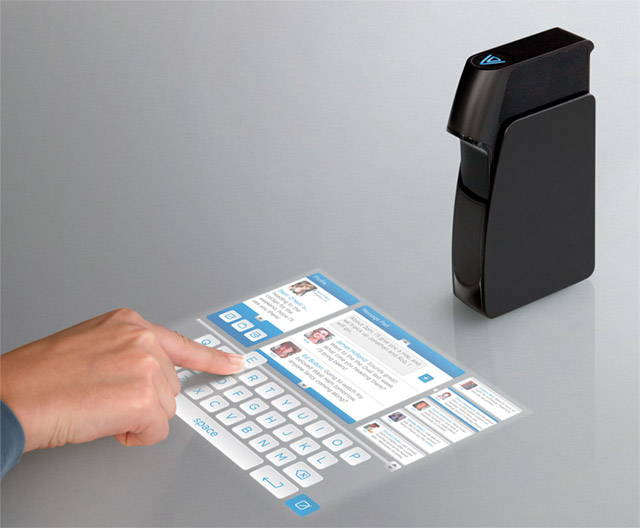 Pico projectors haven’t quite reached the tipping point just yet, but that could be because they’re not quite good enough either. Opnext wants to push the pico revolution over the edge and they’re doing it with the first in a family of blue laser diodes planned for development.

The HL45023TG (memorable name, I know) blue laser diode has been designed specifically for use with accessory and mobile pico projector applications, as would be the case in a mobile phone or digital camera. With this laser diode, you get 60mW of optical output power at a 445nm wavelength, consuming 30 percent less power than existing blue lasers.

Maybe that Seabird concept isn’t that far out there after all.

SAN FRANCISCO–(BUSINESS WIRE)–Opnext, Inc. (NASDAQ: OPXT), a global leader offering one of the most comprehensive families of high power, low operating current red and infrared laser diodes, today announced the introduction of its high power, 60mW, 445nm blue laser diode. The first in a family of blue laser diodes being planned for development, Opnext’s HL45023TG blue laser diode is designed for accessory or mobile pico projector applications as well as embedded device applications where a pico projector image capability is envisioned to be integrated into a mobile phone. Opnext’s blue laser diode will be on display in the company’s booth during Photonics West, January 25-27 at the Moscone Center.

“Our red laser diode offering for pico projector manufacturers has already been well received. Now, with the addition of a blue laser diode to our product portfolio, we anticipate manufacturers will be pleased with the power and image quality results they can deliver from their system”
Using a unique and proprietary design, the HL45023TG provides 60mW of optical output power at a 445nm wavelength and consumes 30 percent less power than existing, commercially available blue lasers. The blue laser is built in a tiny 3.8mm package size, making it ideal for the growing market demand in embedded and mobile device applications. In addition, the laser diode performs with a small aspect ratio of 2.1, which is close to being the same aspect ratio as the red, high power laser diode Opnext currently provides for pico projector applications. With the introduction of this blue laser, pico projector module manufacturers can improve their RGB module by using the red and blue laser diodes from Opnext.

“Our red laser diode offering for pico projector manufacturers has already been well received. Now, with the addition of a blue laser diode to our product portfolio, we anticipate manufacturers will be pleased with the power and image quality results they can deliver from their system,” said Tadayuki Kanno, President of Opnext’s devices business unit. “Opnext’s focus continues to be on the development of diodes that are high power, high quality and high performance while consuming less energy.”

“Opnext is one of the key red laser diode suppliers for our Light Touch™ product and they have consistently delivered on the quality we need,” stated Light Blue Optics CEO Chris Harris. “The introduction of Opnext’s high power blue laser is an important step in our roadmap towards embedded projection systems that deliver improved image quality and three times the brightness of a typical tablet screen using only half the power.”

Opnext offers a broad spectrum of laser diode products that span 404nm to 850nm, driven by more than 30 years of innovative laser heritage. Opnext high-quality, reliable laser diodes are proven to consume a low operating current, which extends battery life, while still maintaining the integrity of the laser diode power in a variety of applications.

The HL45023TG will be shipping in sample quantities in February and is scheduled to be in mass production in April. For additional information or sample quantities, please contact any one of the Opnext sales offices.

About Opnext
Opnext (NASDAQ:OPXT) is the optical technology partner of choice supplying systems providers and OEMs worldwide with one of the industry’s largest portfolios of 10G and higher next generation optical products and solutions. The Company’s industry expertise, future-focused thinking and commitment to research and development combine in bringing to market the most advanced technology to the communications, defense, security and biomedical industries. Formed out of Hitachi, Opnext has built on more than 30 years experience in advanced technology to establish its broad portfolio of solutions and solid reputation for excellence in service and delivering value to its customers. For additional information, visit www.opnext.com.