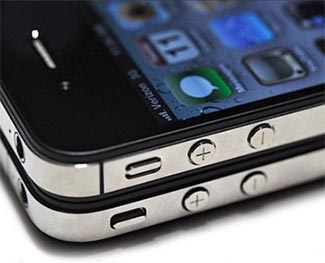 On Thursday, Verizon announced that the CDMA version of the iPhone 4 achieved a record first day sales, describing it as the carrier’s most successful first day sales in history. Although we are unsure of the exact official numbers of the pre-ordered handsets, CEO Dan Mean had this to say “in just out first two hours, we had already sold more phones than any first day launch in our history.”

Despite a few complaints from some would-be customers about the stability of Verizon’s website, Mead claimed that “unprecedented customer orders” were placed online through them. I guess there were just a few slow customers who were not able to get up early enough to snag a guaranteed pre-order. The sales began on Thursday morning at 3:00AM for customers already loyal to Verizon, and just 2 hours later at 5:00AM numbers had already exceed any of Verizon’s previous first-day records.

Pre-orders are now, for obvious logistical reasons, closed, and the next round is not to be expected until February 9, a day before the general market launch of the iPhone 4 on the Verizon network. On February 10 everyone else will be able to get their hands on Verizon’s take on the Apple smartphone, with the company opening its over 2000 Verizon Wireless Communications stores at 7 am, as well the iPhone will also be available at Apple store locations, Best Buy, select Wal-mart locations and online through www.verizonwireless.com and www.apple.com.