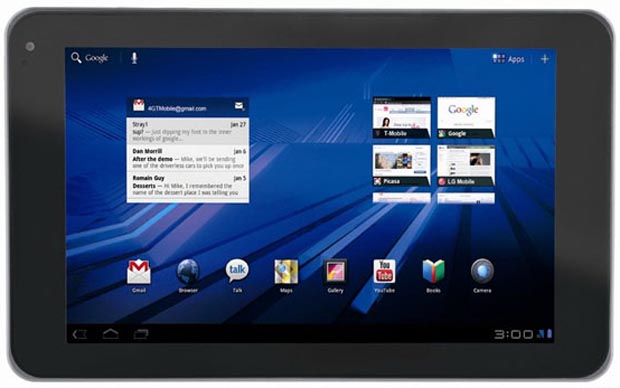 Just as Samsung is throwing the “Galaxy” moniker on anything to do with Android, LG has adopted the “Optimus” name for its line of Android-ness. The latest in the crowd is the LG Optimus Pad, the Honeycomb flavored tablet for the rest of the world.

If you’re thinking that the Optimus Pad is sounding super familiar, there’s a reason: it’s basically the same as the T-Mobile G-Slate, though it’s unclear whether the international edition will ship with the same 4G connectivity as its USA-bound variant.

The rest of the specs, though, are assumed to be the same. There’s an 8.9-inch (3D capable) touchscreen, NVIDIA Tegra2 processor, front-facing camera, 5MP rear camera, and 32GB of internal memory. Both the LG Optimus Pad and the T-Mobile G-Slate are expected to get 6400mAh batteries.

LG hasn’t indicated the street price for the Optimus Pad yet, but they might have that information at MWC in a couple of weeks. With so many Honeycomb tabs set to flood the market, what will the iPad 2 bring to the table to shift the attention back to Cupertino?