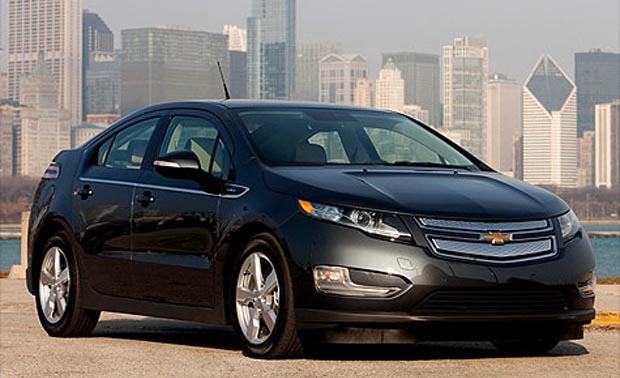 Those planning to by the next generation of Chevy Volt will be pleased to hear the car will be about 17 percent cheaper than the original, according to the GM Volt blog. The price drop will be fuelled by a higher production rates and the possibility of switching to a smaller battery more suited for use in the vehicles.

Couple the price cut with federal tax incentives and GM’s flagship electric car will cost less than $30,000 — ready to compete with not only the $32,780 Nissan Leaf EV, but conventional mid- and high-end cars too.

“As with any new technology — from plasma TVs to cell phones — the production costs lower with learnings gained with each generation,” said GM spokesman Robert Peterson. “We expect to see similar cost savings, either through the development or improvement of technologies, or reduced production costs.”

GM sold 647 Volts in the first two months of the car’s release, but hopes to triple the rate of sales between 2012 and 2015 to at least 135,000 units per year. This, they say, will cut electric-drive costs by diluting research and development investments in a larger production volume.

By comparison, Nissan sold only 87 Leafs in the U.S. in January, showing GM has garnered a strong interest for the next era of electric vehicles. I think it’s safe to say we can expect more of this good news in the future.