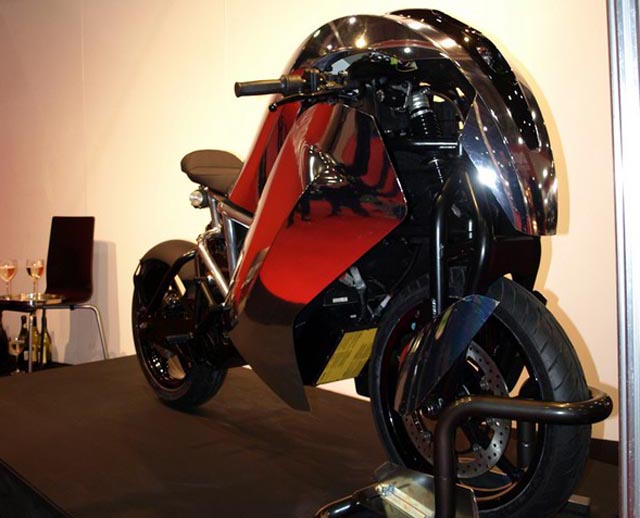 When we normally think about electric vehicles, the attention turns to cars like the Chevy Volt. The thing is that you can be way more efficient with an electric sports bike since it should be lighter, smaller, and more maneuverable. And that’s how we find ourselves looking at the Saietta line.

Sure, electric bikes are nothing new, but nothing on the market quite looks like the Agility Global Saietta. That giant hump in the front apparently houses the bigger battery necessary for this electric bad boy. You’ll also notice the offset steering linkage and single damper design in the front suspension. You’ll also notice that isn’t your grandma’s electric scooter; it’s fast.

The Saietta S (about $16,200) gets a range of about 50 miles, but it’ll propel you from a stop to 60mph in under four seconds. That’s faster than several supercars (this is a bike, but it’s an electric bike).

Personally? I’m not a fan of that unsightly hump in the front. I don’t care how fast it goes. It doesn’t look all that comfortable to ride either, don’t you think?