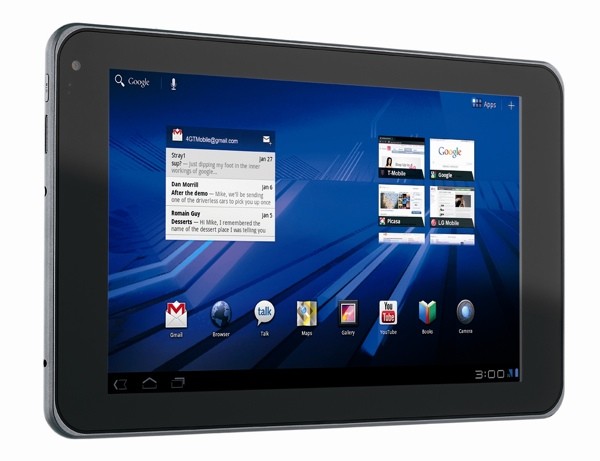 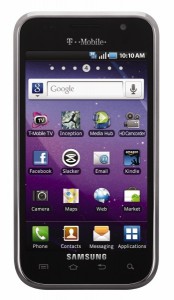 It may be early in 2011, but it’s clear that at least two key phrases are going to pop up everywhere: 3D and 4G. We’ve already seen the LG Optimus 3D, so now we turn to T-Mobile for no fewer than two simultaneous 4G unveilings.

Taking advantage of the T-Mobile HSPA+ 4G network are a new Android smartphone and, you guessed it, a new Google Android tablet too. First up, we have the Samsung Galaxy S 4G. If you were to place this new phone next to its Vibrant predecessor, you probably wouldn’t notice any major differences. It has the same 4-inch touchscreen, 1GHz Hummingbird processor, 5MP camera, and 16GB microSD card. The only real difference is the 4G ST-Ericsson radio found within, as well as the front-facing VGA cam and pre-loaded Inception.

On the tablet side of the equation, we get the T-Mobile G-Slate with Google by LG. This is rocking a 3D-capable 8.9″ capacitive touchscreen, but it’s not the glasses-free variety on the Optimus 3D; you need to use the pack-in glasses. As expected, it’s got Android 3.0 Honeycomb too, as well as dual cameras, Tegra2 processor, and 32GB on-board storage.

If you like Android and you like 4G, it looks like T-Mobile is a good bet. Then again, Verizon has quite a bit of 4G (albeit a different kind of 4G) and Android happiness going on too. So, the question remains, where’s the 4G-capable iPhone?