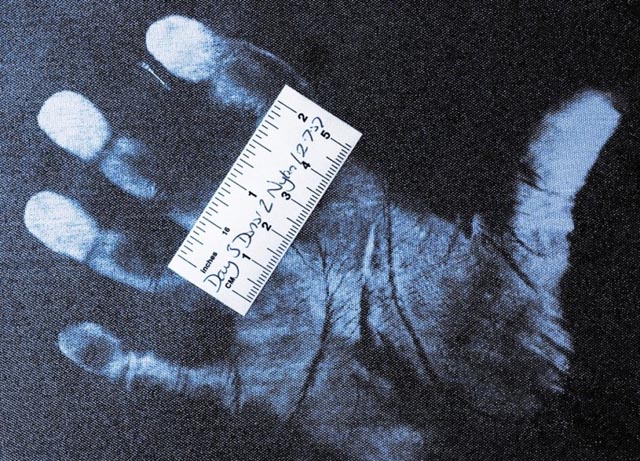 Researchers may soon be able to lift fingerprints from clothes worn by the victims of crimes, according to the University of Abertay Dundee and the Scottish Police Services Authority.

After refining the method used to lift fingerprints from plastic and glass, they’ve been able to lift photo-negative-style prints from several fabrics, with enough detail to identify the print donor on silk, nylon and polyester.

The method is called vacuum metal deposition, and works by placing the fabric in a vacuum chamber where gold and zinc are evaporated over the fabric in a two-phase process. The zinc collects over the gold film on the fabric, attaching to the gold where no fingerprints are present. The result is a clear palm print of unobscured fabric that shows through the grey metal coating the rest of the fabric.

Though only about 20 percent of the population consistently leave detailed prints due to different skin types, the method could still be used to identify whether a victim was pushed or pulled, similar to using tracks in the snow or mud to deduce what happened during a crime.

“An impression of a palm print on the back of someone’s shirt might indicate they were pushed off a balcony, rather than jumping,” said Paul Deacon, fingerprint unit manager at the Scottish Police Services Authority. Looks like Langston and crew will soon have a new weapon in their CSI arsenal! 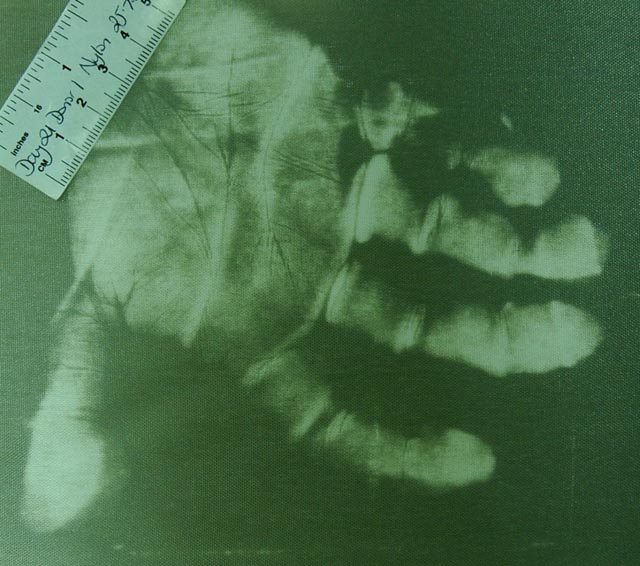