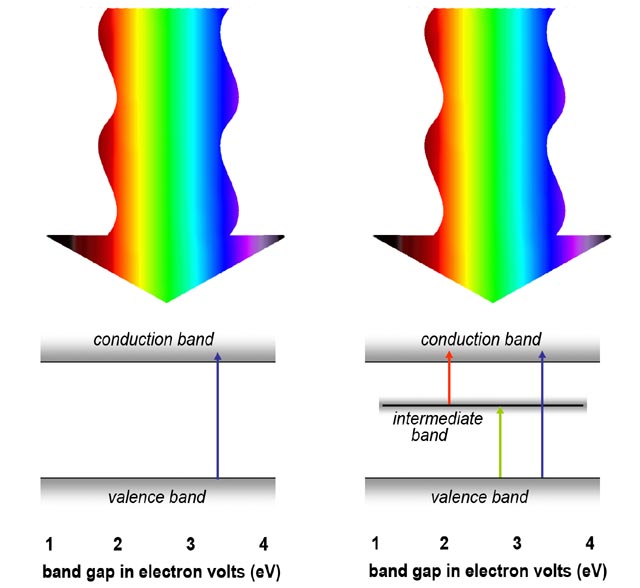 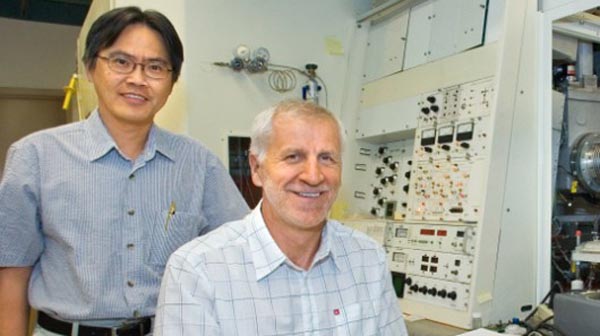 The solar age is now a day closer thanks to Wladek Walukiewicz and Kin Man Yu at the U.S. Department of Energy’s Lawrence Berkeley National Laboratory, who have developed a new full-spectrum solar cell that uses common production methods.

Cheap, common solar panels in production now typically only use a small percentage of the light hitting their surface, as the semiconductor materials in them only respond to certain segments of the solar spectrum. Though highly efficient solar panels that respond to the full spectrum of light have been created in the past, they’ve been unfit for mass production as they’re too complex and expensive to manufacture.

As each semiconductor reacts to a different light wavelength, efficient solar cells use several materials stacked atop one another and wired in a series, each semiconductor taking a portion of the light spectrum. In 2002, Walukiewicz and Man Yu tweaked indium gallium nitrate cells until they were capable of reacting to everything from infrared to ultraviolet — the full light spectrum. The resulting cells, however, were too difficult and costly to manufacture on a large scale.

Two years later, the pair created an alloy of zinc, manganese and tellurium doped with oxygen, creating an entirely different, highly efficient full-spectrum solar panel. But again, it was one unfit for production.

But now they’ve created a new multiband semiconductor alloy, gallium arsenide nitride, which uses the industry’s most common semiconductor fabrication method: metalorganic chemical vapor deposition. Their tests show that the prototype cell based on this new semiconductor reacts strongly with every segment of the solar spectrum.

The results of the breakthrough may not be instant, but this is a large step towards cheap, highly-efficient solar panels and their wide-spread application. Beyond, you know, death rays and such.