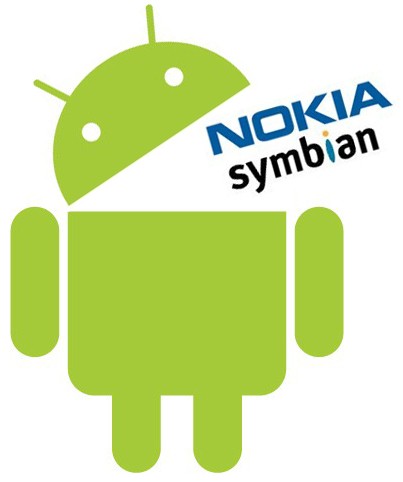 Looks like Gartner was a little too conservative with its prediction. We all know that Android is on the rise, but we didn’t think this day would come so soon. Google Android is now the world’s best-selling smartphone platform.

This is according to the Q4 2010 sales figures as released by Reuters, which is a little different that exact market share, but it does represent what people are buying. It’s only a matter of time. For Q4, a total of 33.3 million Android smartphones were shipped. Compare that to the 31.0 million Symbian phones shipped by Nokia, the previous leader.

What’s really interesting is that Symbian actually increased its sales (29.9 million in Q3), but it lost market share due to the more rapid adoption of Android (which had only 20.3 million devices shipped in Q3). Remember that it was only in Q4 2009 that Symbian had a 44.4% market share; that’s now dwindled down to 30.6%, despite an increase of about seven million units over the same period.

It probably helps that there are so many manufacturers on board with the increasingly mature Android platform. Compare it to the 16.2 million iPhones, and 14.6 million BlackBerry devices sold in Q4. Not surprisingly, Windows Phone 7 isn’t exactly all that popular just yet with just 3.1 million sold in Q4. 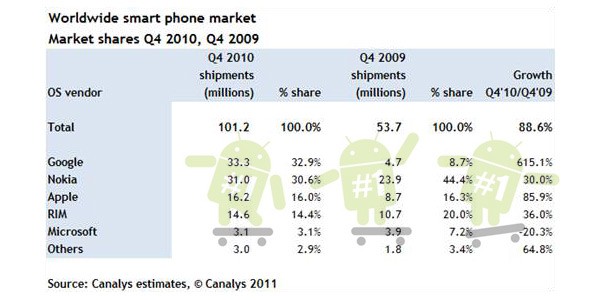