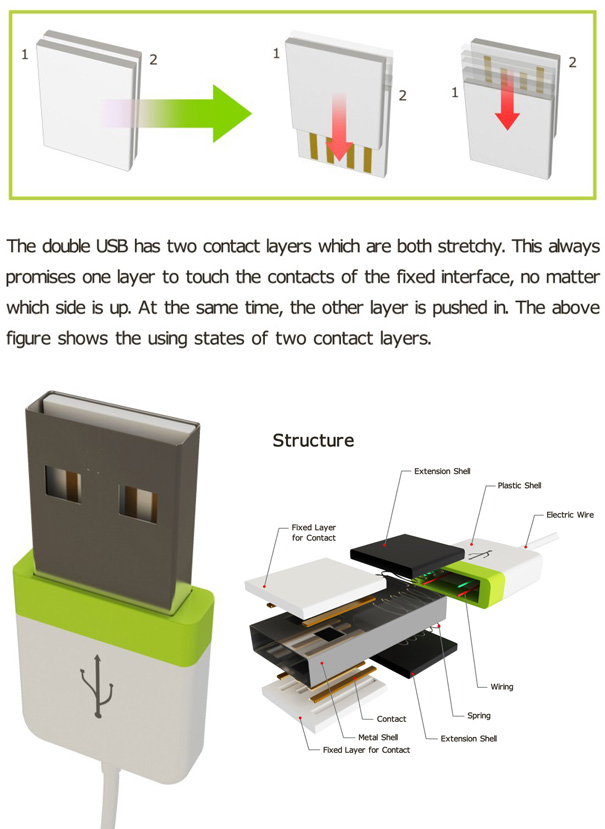 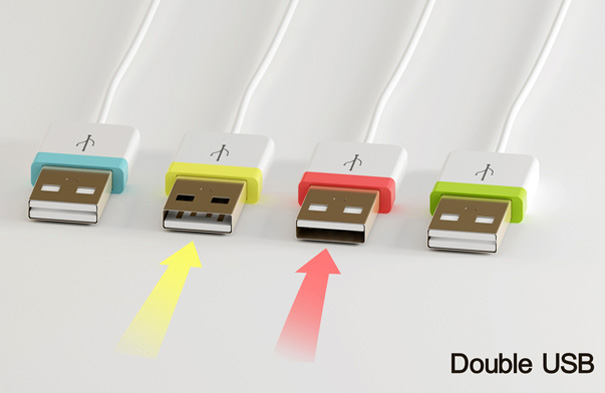 Innovation is important. It really is. But when inventors start trying to reinvent the mudflap to erase any and all tiny inconveniences from everyday human life, it can really get a bit redundant.

As an example, see the Double USB from Yanko Design. Based on the idea that having to flip the USB plug every now and again to take a second stab at plugging in your USB-powered heated coaster is genuinely a problem, the tip of the Double USB plug is essentially exactly the same as the plugs of today, only there are two of those little white bits of connector plastic instead of one, and they’re spring-loaded. The one in the equivalent position to being upside down simply pushes back out of the way, allowing the other to complete the connection.

Sure, that may be a plus if you’re scrambling to plug in your iPod to your friend’s computer during a night of heroic drinking while they’re away, allowing you to replace their seemingly endless list of country music with more bearable tunes of your own. One stab and you’re in. But as with anything that contains moving parts and springs, it’ll wear down quickly and eventually break, leaving you without a cord, doomed to death-by-Q-tip when you can’t impose heavy music on your wimpy friends at their parties.

This is one design, Yanko, that I’m going to pass on. But show me a magical invention to stop me from plugging my headphones into the USB port when I’m not looking again and I’m there.