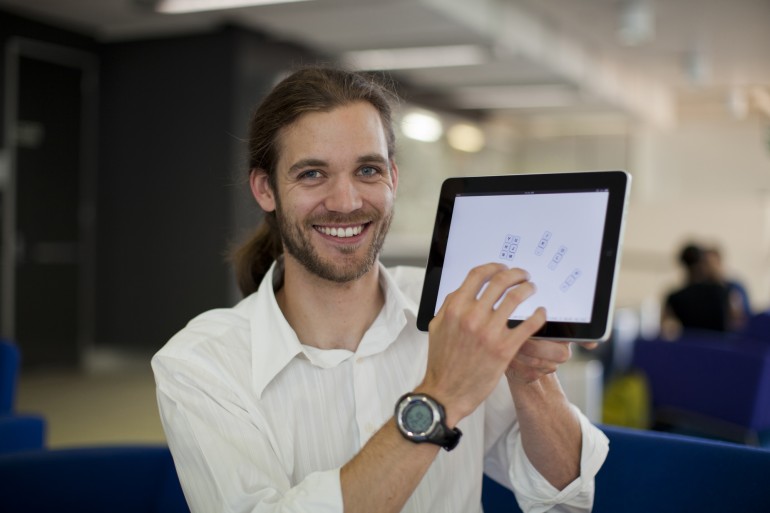 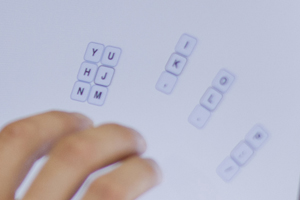 Researchers at the University of Technology in Sydney have come up with an interesting solution for devices like the Apple iPad. In effect, you can rest your fingers on the screen of the tablet without accidentally typing anything. That’s the biggest problem with the virtual keyboard on the iPad (and other products like it); you touch it, you type it, but you don’t get the clickity-clack of a physical button. But the full QWERTY keyboard is “liquid” insofar that it follows your fingers. No matter where you rest your four fingers, that half of the keyboard will be there. The “fluid” keyboard adjusts to your specific physiology too, since people have different size hands and slightly different finger positioning.

The LiquidKeyboard won’t give you that “sense of where keys are relative to others” like how a physical equivalent would, but it’s probably closer than the rigid layout of a standard tablet’s virtual keyboard.