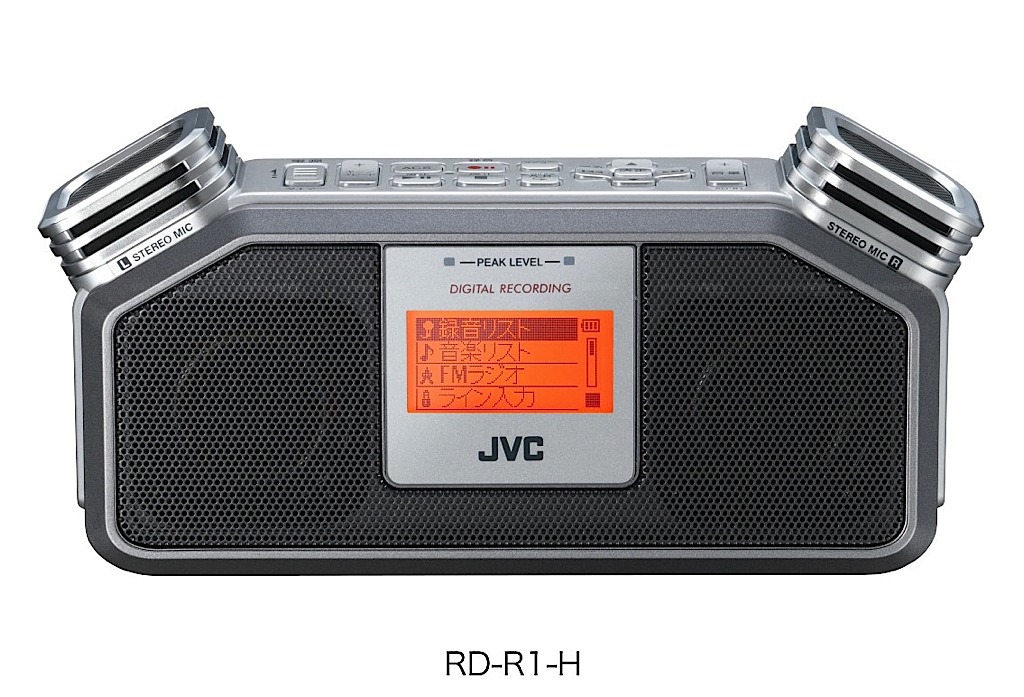 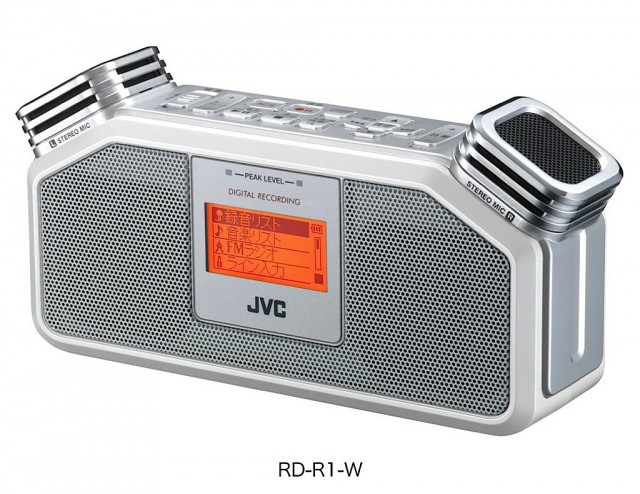 We may be the generation to witness the return of the boombox: We’ve seen iPod boombox docks – including the recent TDK boombox. Before that was Sanyo’s retro boombox in 2007, complete with tape-playing glory.

JVC is now set to join the ranks with its upcoming RD-R1 and RD-R2, but with a twist: The two will feature dual microphones along with its dual speakers.

MicroSDHC, USB and audio in ports and FM radio will power playback, compatible with WAV, Mp3 and AAC files. But that’s only the half of it.

The powerful top-mounted mics are designed to record street performances and garage bands, saving files as WAV or Mp3 files. The only difference between the two models is that the RD-R2 also includes a guitar/mic in and KORG connector, meaning the stereo doubles as an amp for performers on the go.