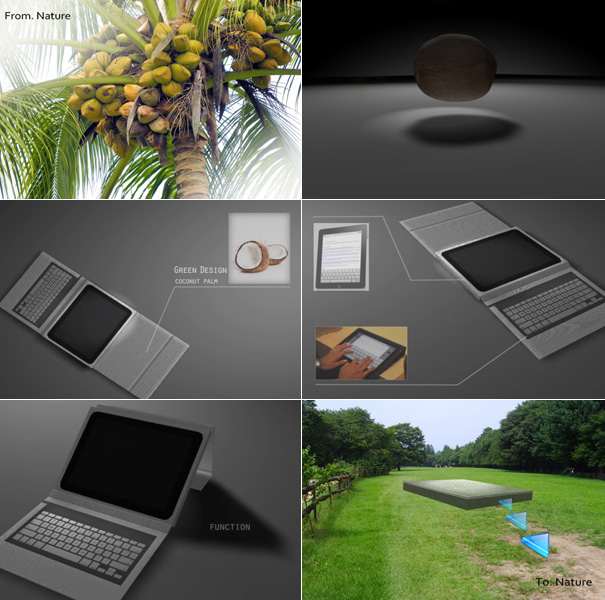 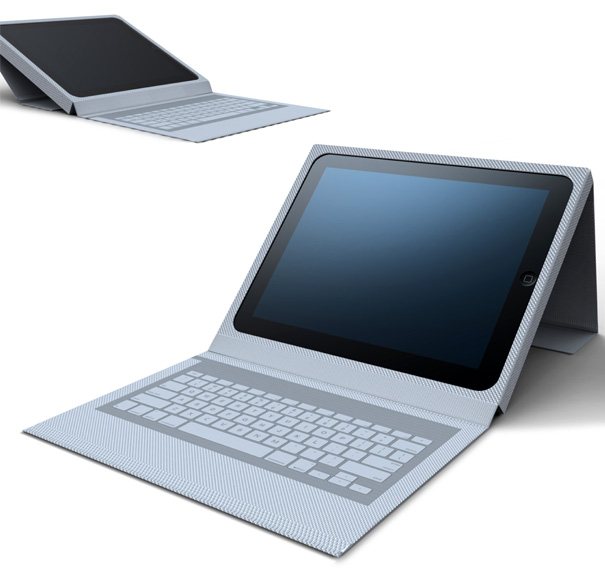 From designers Cho Youg-jo & Jeoung Jun-tae comes the Econut, an iPad case made entirely of materials sourced from the Coconut tree.

The case appears to be little more than coconut cardboard folded into a cheap-looking box case, but there are two nifty things about this design. It includes a keyboard in one of the two fold-out cover flaps, whichwould connect wirelessly to the iPad. The photos only have an arrow from the keyboard pointing to a picture of a man typing on the screen of the iPad while it sits in a different case entirely. But if it does, and the way the other flap folds in behind to prop up the iPad like a screen, this tropical-smelling case box essentially turns the iPad into a touch-screen notebook.

That said, it looks like something you could do with a pizza box or two and a little motivation. Throw in some duct tape, and now you’re talkin.

On the other hand, if the keyboard doesn’t work or you simply get bored of it, it’s completely biodegradable. According to the video, simply throw it on the green at your local golf course and it will almost instantaneously disintegrate back to the dirt from whence it came.

The designers seem to rock this point harder than any other.

“The coconut tree perhaps is the most giving tree in all of nature…every part of the tree is used in some industry or another,” says the concept writeup on Yanko. “So it makes complete logical sense for young designers with an eco initiative to come up with an iPad cover made from materials sourced from the coconut tree! This is the story of Econut, a cover that blends back into nature after serving its purpose to the iPad.”

What do you think? Thumbs up for Econut?