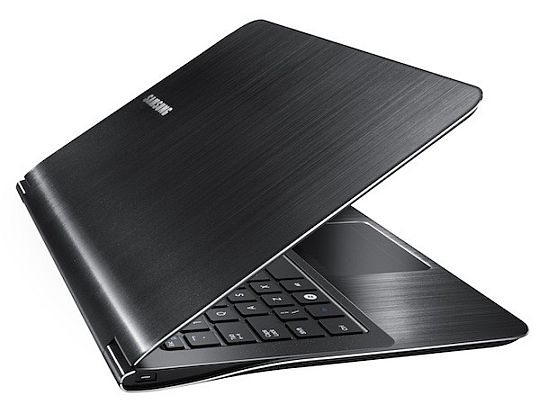 Just because you want a skinny laptop doesn’t mean that you have no choice but to buy a MacBook Air. The latest PC alternative in this realm is the Samsung Series 9, joining the ranks of laptops like the Dell Adamo.

Except, I think, it looks better. I had the opportunity to see this laptop, along with the Slider PC7, in person while at CESand it’s about as skinny as it gets. Think of it as a MacBook Air, only with Windows and a black exterior. The Series 9 measures 0.64-inches at its thickest point. It’s also a hair lighter than the MBA.

I’m not completely convinced that these super thin notebooks are worth their premium, but there is a market for them. The Series 9 has a 13.3-inch HD LED backlit display (only 1366×768, though), Core i5 processor, HD GT2 integrated graphics, 1.5W subwoofer, and up to 128GB SSD and 4GB DDR3 RAM.

Pricing starts at $1,599 and goes up with upgrades. Considering that, with the exception of the SSD, you can get an equivalently equipped laptop for less than a third of that price, it’s clear that the Series 9 is a niche product.

The choices seem to come down to the MacBook Air running Mac OS X or a Samsung 9 Series with Windows 7, which one do you choose?