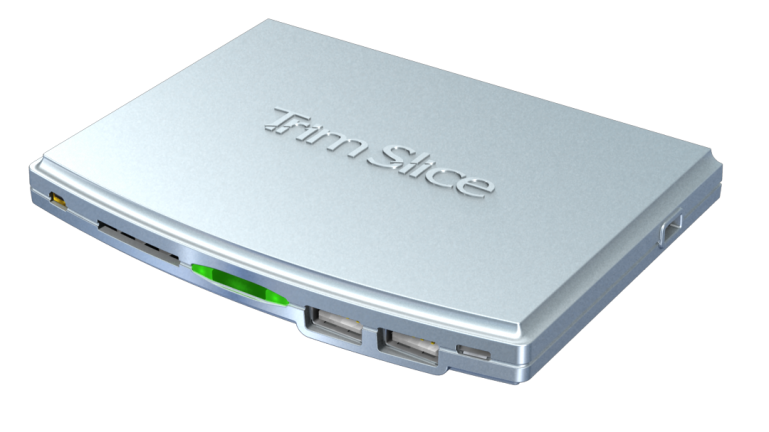 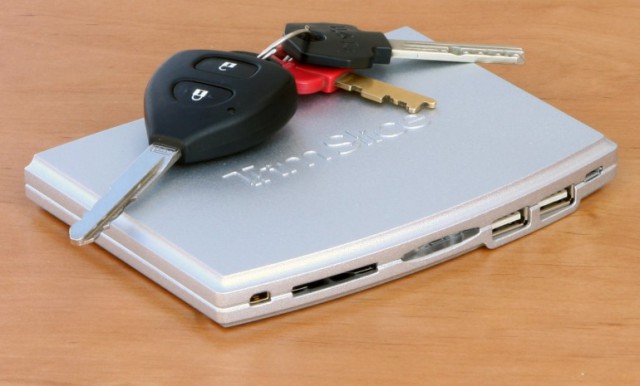 With all this talk of smartphones and tablets, sometimes we forget that we still need, you know, actual computers. The trouble is that typical desktop computers can suck up quite a bit of power compared to their portable counterparts. Not so with the Trim-Slice from CompuLab.

The Israel-based company has produced what they believe to be its smallest and most energy-efficient model to date. The Trim Slice has a paltry average operational draw of just three watts. It’s like it’s barely there. This lower power consumption is achieved via the NVIDIA Tegra 2 processor, even though it is providing a full PC experience.

Remember, this is not a netbook or a notebook. There’s no keyboard or display here; it’s just the PC itself. Even so, the fanless computer rocks a 64GB SSD, 1GB DDR2 RAM, wireless-N, expansion slots, USB ports, HDMI-out, and dual head DVI. They’ve even included S/PDIF for 5.1 surround sound.

Given its small stature and low power consumption, the CompuLab Trim-Slice could be a good candidate for those all-in-one PCs (a la iMac). It would even be easy to mount up in your car. CompuLab is marketing it for “power infotainment systems, digital signage and IPTV, or as a gaming device or desktop PC replacement.”

They haven’t indicated a price, but it should be “lower than a tablet.” Look for the Trim-Slice this April.

NVIDIA Tegra 2 integrates a 1 GHz dual-core ARM Cortex A9 and an ultra-low power GeForce GPU onto the same chip, making it the most powerful ARM based system-on-chip available today.
“Trim-Slice is designed to unleash the full potential of NVIDIA Tegra 2” said Irad Stavi, Director of Business Development at CompuLab. “Trim-Slice feeds the Tegra 2 with all the ingredients for supporting high performance CPU: 1 GB RAM, SATA SSD and dual SDHC for storage and GbE networking. Users can experience the outstanding multimedia capabilities of the Tegra 2 through full-HD HDMI, dual-head display and 5.1 channels digital audio.”

Trim-Slice differs from most other ARM based solutions by being a commercially available open platform for software developers.
“The software eco-system on ARM is evolving quickly” said Mike Rapoport, Director of SW Development at CompuLab. “The open-source community and ISVs need an ARM development platform that is versatile, open and powerful. Trim-Slice meets that by incorporating PC-like performance, memory, storage, display, I/O and networking in an open platform that allows installation of any supported OS and application. CompuLab will offer more than one OS working on Trim-Slice out-of-the-box.”
CompuLab will cooperate with ISVs that select Trim-Slice as a reference platform.

Availability
CompuLab expects to start accepting orders from Trim-Slice in April. “Trim-Slice pricing is yet to be finalized” said Mr. Stavi. “It will be priced hig¬her than a streamer, but lower than a tablet”.
Trim-Slice is guaranteed for long term availability of 5 years. It will be available in several configurations and will be offered to OEMs looking to re-brand the product.

About CompuLab
CompuLab is a leading designer and manufacturer of embedded computing products since 1992. CompuLab’s fit-PC line of miniature, fanless PCs – introduced in 2007 – positioned CompuLab as an industry leader in the field of miniature, fanless industrial PCs. CompuLab headquarters are located in Haifa, Israel with offices in St. Petersburg, FL.