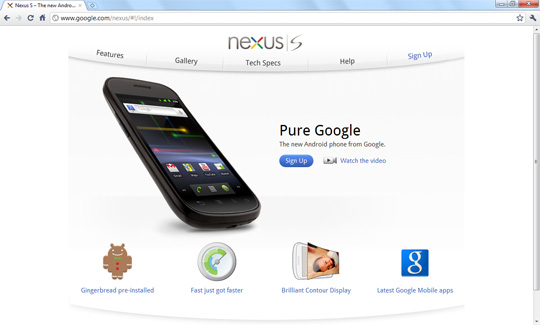 Samsung and Google’s Nexus S Android smartphone seem to be losing popularity quickly amongst its users, that’s all because some phones are randomly rebooting in the middle of calls.

The first incident of the problem was reported on Dec. 28, but it wasn’t until nearly two weeks later that Google admitted to the problem’s existence at all. After originally tilting blame in Samsung’s direction, they quickly started testing fixes.

“So we’ve successfully reproduced this issue and are in the process of investigating with Samsung,” wrote Google employee Ry Guy in a help forum. “I’ll provide updates as soon as I have them.”

They still can’t seem to figure out what’s causing the problem; after testing one fix on Jan. 13 with no success, they’ve moved on to a second attempt as of last week.

Meanwhile, some Android-only blog sites have been showing signs of deep distaste over Google’s bugs and response times.

“With any new Google product you expect to be a public beta tester,” writes Taylor Wimberly of AndroidandMe.com, “but using the Nexus S is so frustrating at times that it is almost not worth it.”

But it’s in the comment strings of articles such as this that you can really see how people are taking to the problem. Many are Nexus S users who have far stronger opinions than those who wrote the articles. Some are users of other Android phones who claim to have experienced the same problem.

Google’s not the only one who’s shied away from a faulty phone release lately. After the release of the iPhone 4, Apple delayed admitting the existence of the “iPhone death grip,” a problem that caused reception to drop quickly when users held the phone in a certain position using their left hand.

Google did most recently address the bug where wrong contacts were receiving SMS messages, the Android 2.3.2 update however did not include a fix for the reboot problem. Let’s hope it comes soon, because that Atrix 4G is getting closer to release. Google did not respond to our request regarding the release of this particular fix.