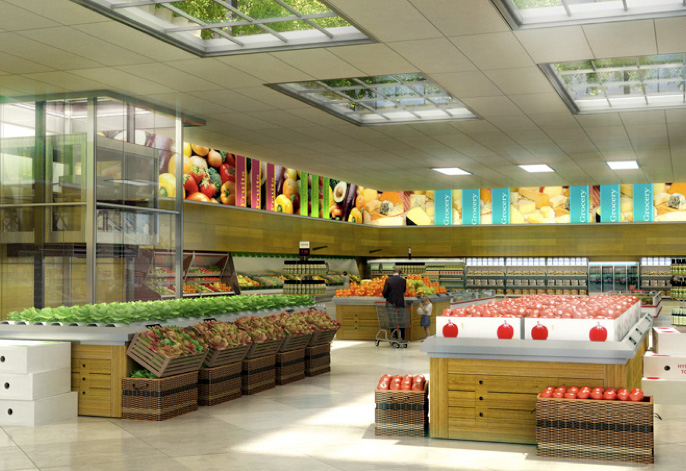 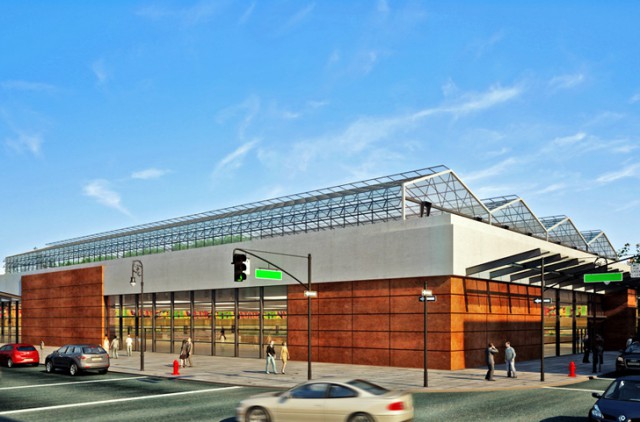 I’ve eaten tomatoes in the Mediterranean grown without pesticides that were bigger than my fist, and that were so sweet, so juicy and ripe, you could eat them like apples. My current tomato reality includes scrounging supermarkets back in North America, looking for ones that might resemble the glorious tomatoes of Europe. Without luck, I bite into tomato after tomato, tasting nothing but plastic and wax.

Tomatoes in North America are grown to have a long shelf life because they must be transported miles and miles to get to the majority of supermarkets. They are harvested before they are ripe, and then they ripen in the dark, giant trucks that transports them, or in ethylene chambers. The tomato, after traveling as much as 1500 miles, the average distance food in the United States travels, arrives green or barely ripe instead of rotten. But it tastes like plastic. And plastic doesn’t have much nutritional value.

New York company Better Food Solutions has an idea that would get rid of the middleman and the need to transport the vegetables to supermarkets – by growing them on the supermarket’s roof. The hydroponics firm designs, finances, builds and operates the rooftop greenhouses at grocery stories, and eliminates the need to transport produce for miles until it gets to its destination, cutting costs and carbon emissions.

With hydroponics, you don’t need soil to grow plants. The roots of a vegetable are immersed in water while the plant is suspended by a medium like gravel or wool. Better Food Solutions recently merged with Bright Farm Systems, who design rooftop greenhouses. Bright Farm Systems claims to grow lettuce with 95% less water, zero land use, and a fraction of the energy and carbon emissions than lettuce grown using conventional agriculture. 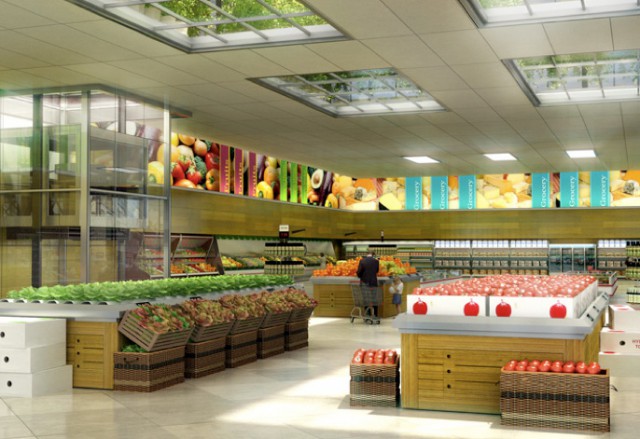 The company has already completed three projects and are are currently working on three different rooftop farms, which includes plans to build on the roof of an affordable housing development in the South Bronx. All of the rooftop greenhouses make use of waste heat from the building to heat crops in the winter, capture rainwater from the greenhouse roof to recover water, and require no pesticides because it is easier to monitor pest populations in a controlled environment. Bright Farm Systems uses vertically integrated greenhouses, plants stacked on top of each other and suspended on vertical cables to deal with the issue of reduced space.

The company claims it will eliminate transport costs for the retailer, meaning the vegetables will be reasonably priced for the retailer to buy from the company, and will give the consumer fresh, tasty, nutritious produce, eaten as soon as 12 hours after it was picked. Some restaurants have already taken advantage of roof space to grow vegetables, so it’s only a matter of time before supermarkets catch on.