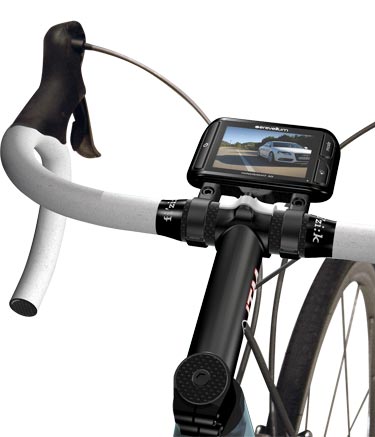 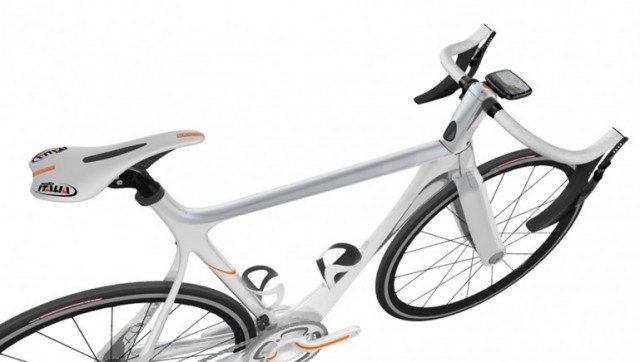 Evan Solida, founder of Cerevellum, was a long-time road-bike rider and racer before an accident in 2007 prompted him to stop competing. Throughout several cosmetic surgeries to restructure his facial features after being hit by the car, his focus instead turned to inventing devices to make road sharing safer.

The result is the Hindsight 30, a rear-view camera for cyclists with a handlebar-mounted 3.5-inch LCD screen to give more reliable and wider-angled views than traditional handlebar mirrors. Both the camera mounted on the seatpost and the screen on the handlebars will have LCD headlights and taillights to aid in visibility when riding at night.

“Mirrors are subject to a blurry image caused by road vibration. Because this is a digital image, it’s steady and clear,” said Solida in a recent interview with Gizmag. “Most mirrors stick out from the side of the handlebars or the helmet and can be easily knocked out of alignment. Finally, the image in a mirror is a direct result of which way they are angled whereas the Hindsight is always looking directly back, regardless of the direction of the handlebars or the riders’ head.”

While the Hindsight 30 should be available this September, it’s the Hindsight 50 – which will be released at an unspecified later date – that’s really attracting attention.

The 50 will include GPS and cyclometer functions built in, but will include front and rear cameras. The cameras will be used for a “black box,” continuously recording a loop of video until a built-in G sensor feels the type of shock on the bicycle at the level that would be felt during an accident. Once the G sensor is tripped, the cameras will continue to record for another 10 seconds before saving the video as evidence to show what caused the accident.

Solida says he had been working on rearview cameras for years as design projects, but never started taking it seriously as a commercial endeavour until the accident, which spurred him to found the company.