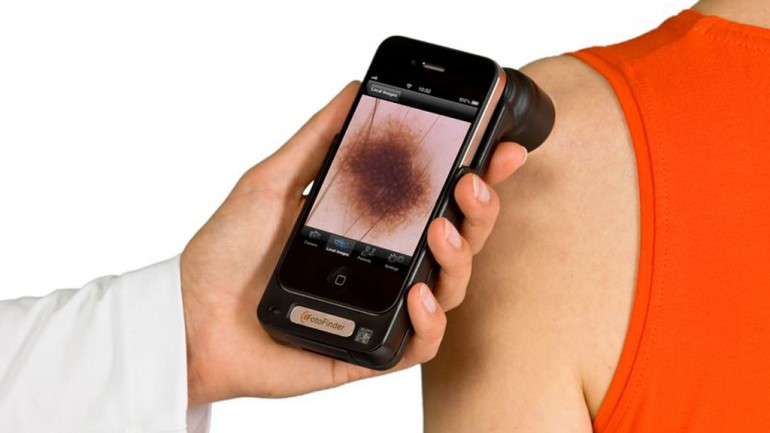 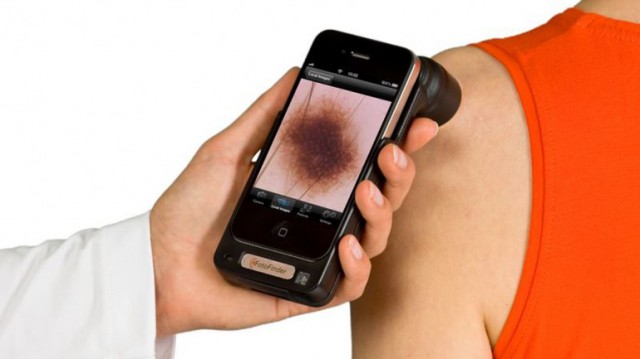 iOS is taking another step into the medical world with the handyscope case/app combo, which effectively turns the iPhone into a dermoscope for checking potential spots of skin cancer.

The handyscope case slides onto an iPhone 3G, 3GS and 4, lining the camera up with an LED-lit magnifier, allowing dermatologists to capture photos of patients’ moles, zoom in up to 20x and send the photos off for a second opinion.

“We developed the handyscope for all doctors who want to have the possibility to take pictures of the skin and work with them later,” explains Andreas Mayer, CEO of FotoFinder. “It is an alternative for those who miss the ‛capture-and-save-function’ when using conventional handheld dermatoscopes.”

The case includes a built-in 2400mAh battery pack, which can be recharged using the iPhone’s USB cable and keep the lights on the lens’ interior running for up to eight hours on a charge – conveniently the length of a working day.

Health professionals will be able to order the handyscope for about $1,590 after its launch in February at the 69th Annual Meeting of the American Academy of Dermatology in New Orleans. The accompanying app will set you back $11.99 through the iTunes App Store.