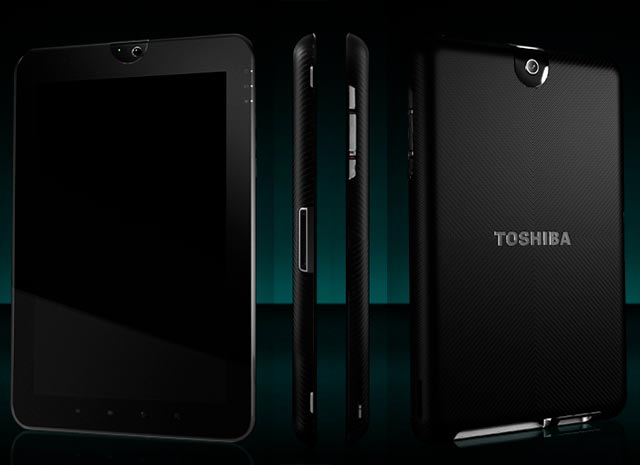 The tablet market is really starting to heat up and the competitors are beginning to fling mud at one another. Toshiba, for example, is prepping an Android 3.0 device for this spring and it’s taking a direct shot at the iOwners in the audience.

Toshiba has set up a teaser site for its upcoming (yet unnamed) Android tablet we heard about earlier this month, but you can’t access it on your iPhone or iPad. If you do, you’ll get treated to a page that reads:

Such a Shame. Add this to the list of the interesting places on the internet you can’t see on your device. Of course, if you had a Toshiba Tablet you would enjoy the entire internet. Yep, Flash sites too.

Like all the other Android tablets that appeared at CES, the Toshiba variant will support Flash content from around the web. If that’s its only selling point, though, it won’t really differentiate itself from the rest of the Android-powered crowd.

From what we hear, the Toshiba tablet will be powered by the now standard NVIDIA Tegra2 dual core processor, Android 3.0 Honeycomb, and a 1280×800 10-inch capacitive touchscreen. Rounding out the specs are a 5MP camera in the back, a 2MP in the front for video calls, HDMI out, USB in and out, an SD slot, and user-replaceable battery. Wow, now there’s something new. No 3G/4G, but there’s WiFi and Bluetooth.

I don’t anticipate Toshiba’s entry to be a huge competitor in this market, just like how Toshiba MP3 players didn’t exactly make a huge splash, but all these Android folks will certainly present a formidable front against the iPad. 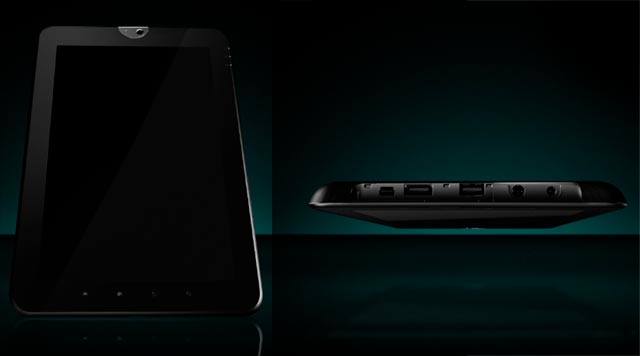