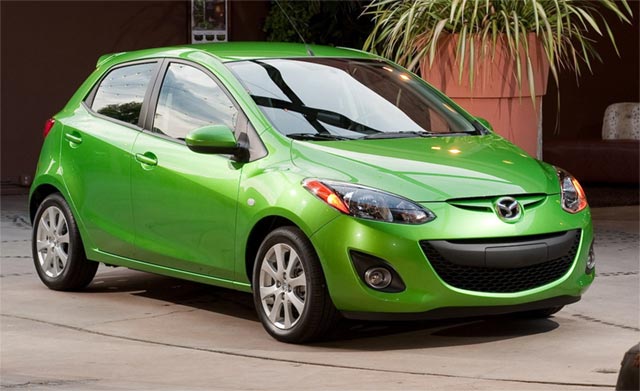 Mazda says that “the internal combustion engine is expected to remain at the heart of the automobile for the near future,” but it also recognizes the importance of exploring the “development of various future eco-friendly technologies.” One of these has to do with electric vehicles and that’s where we find ourselves too.

In addition to electric automobiles like the Chevy Volt, Nissan Leaf, and even the Tesla Roadster, we will soon be seeing a fully electric version of the Mazda2 subcompact. Sold as the Demio in its homeland of Japan, the Mazda2 is a good candidate considering its small and lightweight frame.

The Mazda2 EV (whatever future-friendly name it may adopt) is being planned for pumped up production, offering delivery by spring 2012. It’s said to get an effective range of up to 200km on a single charge. That’s more than enough for the average commuter.

That’s the good news. The bad news is that you must fulfill two huge criteria if you want to get one: first, you have to be in Japan. That’s the only place they’re going to offer it (for now). Second, you need to be a government or fleet customer. That’s because they’re largely testing them with fleets to gather the kind of data they need moving forward.

I still don’t believe that hybrids or electric vehicles (in their current state, at least) are really the future, but they could represent a decent intermediary until we find out what really can be the future of automobile energy consumption is.