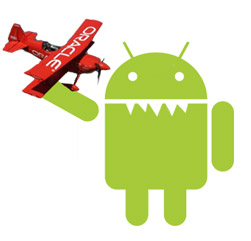 Google says that, above all else, it will do no evil. We’ve seen it tread into some gray waters already (as evidenced by cases like Google Books and the scanning and logging of WiFi networks), but the search engine giant has now been accused of being an outright thief. Well, a virtual thief.

Florian Mueuller calls himself an “intellectual property activist,” and the FOSSpatents blogger apparently did some digging around in the Android 2.2 Froyo and Android 3.0 Gingerbread code. In his digging around, he found that there were at least six files that were taken directly from the Java source code, in addition to 37 files that had “proprietary/confidential” slathered on them.

As least, that’s the accusation that’s been making its way around the Internet by news sites and bloggers, adding fuel to the fire between Oracle (which owns Sun, which is responsible for Java) and Google. However, it has now come to light that Google may not have actually done any wrongdoing. It may have just been fine with the level of “borrowing” on the part of the Android developers.

Expert developer Ed Burnette says that those files may have been “borrowed,” but they were simply a part of the usual testing process and they were deleted before Android was sent out to consumers:

There are two sets of files in question. The first set of 7 (PolicyNodeImpl.java, AclEntryImpl.java, AclImpl.java, GroupImpl.java, OwnerImpl.java, PermissionImpl.java, and PrincipalImpl.java) are in the unit test area of the source code tree. As any programmer will tell you, you don’t ship your unit tests with your product. Unit tests are tools used internally to ensure the quality of the software before you ship it.

The second set of 37 files is actually zipped up into one file called MMAPI.zip and tucked away in a directory used for native code audio drivers for one particular type of chip set. Florian really had to go digging for this one. I double-checked the make files and it’s clear this file is not shipped with Android either. Somebody uploaded it by mistake and it should simply be deleted.

So, what does this mean at the end of the day? Google’s in the clear and new CEO Larry Page (who just replaced Eric Schmidt) likely won’t have any new checks to sign for Oracle… at least, not in relation to this finding by Mueuller. There are other outstanding lawsuits between the two parties, after all, and Florian may have been trying to add some fuel to the fire while gaining publicity.