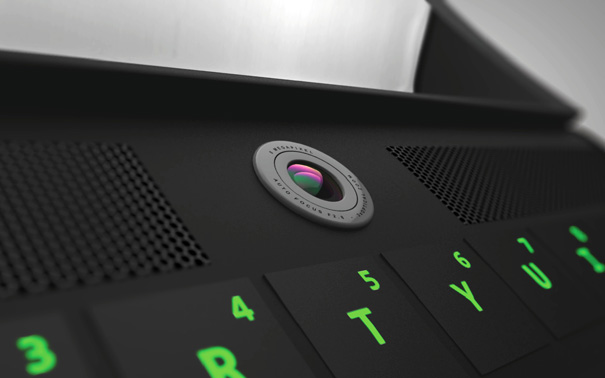 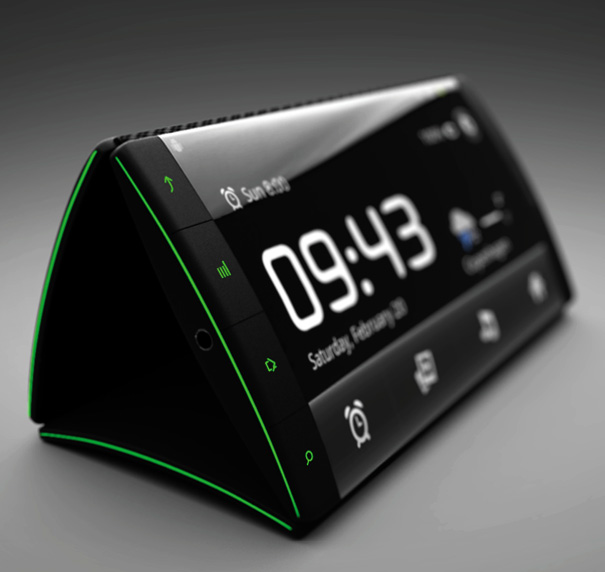 From Yanko Design comes another surprisingly creative concept smartphone, the Flip. And, true to its name, it is a flip phone… but not in the sense you would imagine.

The Flip has three full-sized Super AMOLED touchscreens and a full QWERTY keyboard on three panels attached by steel mesh hinges. This allows for a book-like view across two of the screens; a texting or writing view with the keyboard, camera and one touch screen exposed; or a triangle prism view.

It’s the prism view that really makes the phone unique in the purest sense of the word. It’s shown in the video used as a Rolodex-like way to scroll through lists, by two people on opposite sides of a table watching video on two of the screens, and as a make-shift vase. It’s a never-before-seen concept of form for potential smartphones.

And it’s absolutely as cutting-edge functional as it is gorgeous, with a custom Android OS used in inventive ways that you have to see to truly appreciate.

If no cell phone manufacturers pick up on this this concept, we now know exactly what we’re missing out on.