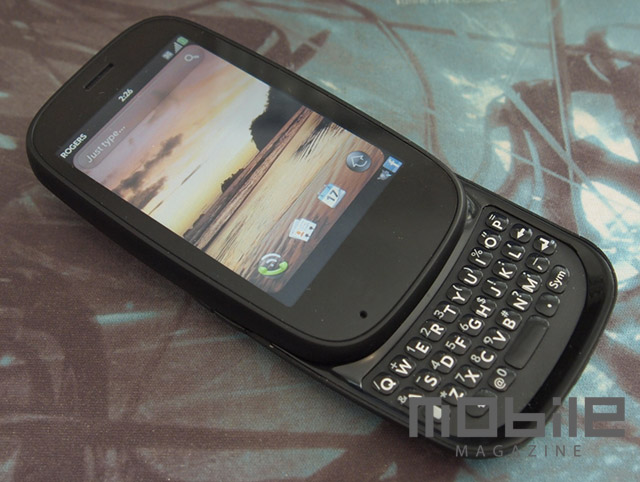 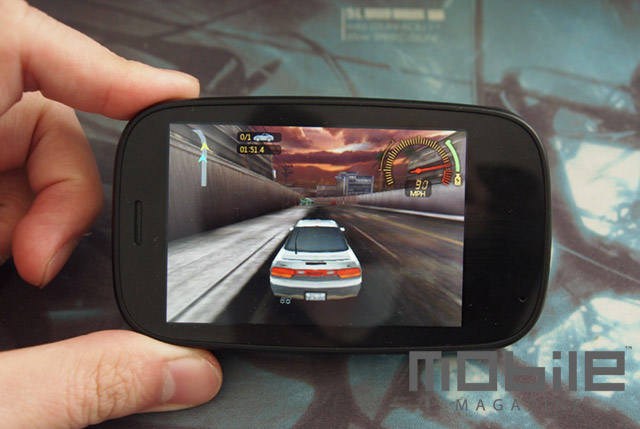 The first Palm Pre was supposed to be an iPhone killer. It never really did live up to those expectations, but a buyout from HP looked as though new fire had started with the webOS platform. And the result. The Palm Pre 2.

The form factor is identical to the original Pre. The curvy appearance of a river stone allows for a compact 3.1-inch display, a slide-out QWERTY keyboard and a 1 gigahertz processor.  The specs got a mild bump, being the first Palm smartphone with a five-megapixel camera, webOS 2.0, and HSPA 3.6Mbps connectivity.   WiFi, Bluetooth, Exchange support, and up to 15 days of standby battery life round out the specs.   I was really hoping that the HP-Palm synergy would be a bit more creative and inventive when it came to the Pre 2. Instead, what we got was a mild upgrade from the original.

At the same time, I’m happy to see a better build quality and materials, opting for a softer finish. The slider mechanism is still a little “wobbly” at times, though, so you’ll want to be gentle

The Interface and Performance

If you liked the original webOS, you’ll really like webOS 2.0.  The faster processor under the hood is a bonus, but gesture controls can take a little getting used to — there is a touch-sensitive strip beneath the screen for both horizontal and vertical swipes — but once you do, it’s quite the clean and easy interaction.

The home screen can be populated with a series of “cards,” which are thumbnail-sized versions of your open applications. What’s great is that you don’t need a real app “killer” in order to fully close them; just swipe them upward off the screen and they close. This is true multi-tasking and many apps come with push notifications.

For instance, I was using Bad Kitty for Twitter (based on the recommendations of the Twitter community) and you can set it to “push” any new tweets to a small message bar that’ll appear below the main screen icons. That’s pretty handy, but not even close to Microsoft’s out of the box tiles.

Whereas the original Pre seemed to suffer from performance issues, the gigahertz processor on the Pre 2 didn’t seem to have any trouble with more than a couple of apps running at the same time. I was able to play a game, run apps, surf the web, and watch YouTube videos all at the same time without any noticeable performance decrease.

Remember that touch-sensitive strip I was talking about? It’s not quite as responsive as I would have liked. Sometimes, the upward swipe (to move an app into the home screen card view) wouldn’t be recognized. Sometimes, the “back” swipe would take more than a couple of tries. I almost wish they put in a BlackBerry-like trackpad in there.

Similarly, you may not be particularly impressed with the touchscreen. At just a hair over three-inches and with only a 320×480 pixel resolution, it doesn’t really hold up against the iPhone 4 or Galaxy S. That said, the smaller screen makes for a more compact (albeit not as skinny) device. There is a definite trade off, but I found the smaller screen to be adequate for most of my needs.

The keyboard, unfortunately, still suffers from many of the concerns carried over from the first Pre. You may still have some issues with the top row of keys, for example, because they’re a little too close to the edge of the upper half.

Even though the keys themselves don’t seem that much smaller than what I have on my Nokia E71, I had a harder time typing accurately on them. There’s not enough key travel and the “squishy” rubberized feel hurts my accuracy. I guess I could get used to it over time, but in terms of hardware keyboards, it’s not the best.

As far as cameraphones go, the Pre 2 is decent but far from breathtaking. As you can see from my sample photo, the details can be blurry, the higher ISO results in a fair bit of noise, and the contrast can be completely blown out. That said, this is a phone and not really a camera. The Pre 2 camera is okay, but it’s not as good as what you get on an iPhone 4, for instance.

While the Palm App Catalog really pales in comparison to the iPhone App Store and Android Market, there is enough there to satiate the app needs of most smartphone users. Many popular games are ported to webOS, including Angry Birds and Need for Speed Underground. Gaming on the slightly smaller screen is still suitable and performance was not at all a concern.

Battery life was a concern. Even with relatively mild usage, I was barely able to make it through a regular 24-hour period without reaching for a wall outlet. Extend your gaming or YouTube-watching session a little longer and you’ll be charging multiple times a day. This is a common concern for many touchscreen smartphones, though, so your mileage will surely vary.

The version of the Pre 2 that serves as the subject of today’s review is the locked model being sold through Rogers Wireless, but it will be identical to the unlocked model and the upcoming version coming to Verizon Wireless. You know, aside from that whole CDMA/GSM thing. Is the Pre 2 a vast improvement over its predecessor? Yes and no.  It isn’t a quantum leap from the first Pre (and the Pre Plus) as it is a mild evolutionary step. It’s like moving from the Bold 9700 to the Bold 9780. It’s better, but it’s not a huge difference.

I do appreciate the faster processor and upgraded camera, but something has to bedone about that hardware keyboard. It’s just not as good as what you get with a BlackBerry or a Nokia. At the same time, the interface is peppy, the card view is great, and the smaller form factor helps to carve out a special niche for the Pre 2.

You can get it through Rogers Wireless for $99 on a three-year contract or, if you prefer, the unlocked version is being sold directly by HP (USA) for $450.