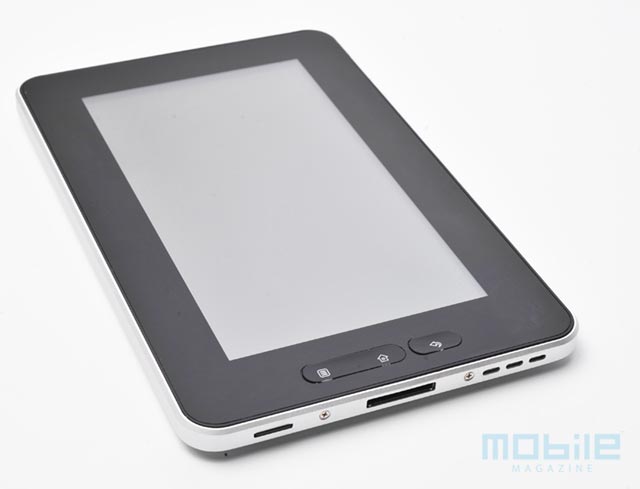 CherryPal’s claim to fame came when they released the world’s first $99 laptop with a 7-inch screen back in 2009.  The 400 MHz cpu with 256 GB RAM and 2GB of flash memory was by no means a workhorse, but it didn’t need to be.  CherryPal makes devices a couple generations behind the current markets offerings, this is because they target lower income families, educational institutions and “emerging markets.”   The company followed suit in October of 2010 when they announced a $188 tablet.  The CherryPad, an Android 2.1 slate really didn’t get much appreciation, it stole the look of an iPad but had the guts of a cheap Chinese knockoff. It seriously disappointed customers.

With an 800 MHz Samsung ARM11 processor, expandable micro SD slot, WiFi and a 3200 mAh battery, it wasn’t all that bad.  But the CherryPad’s inability to access Android Market, let alone install third-party apps or update to later Android versions is it’s ultimate downfall. 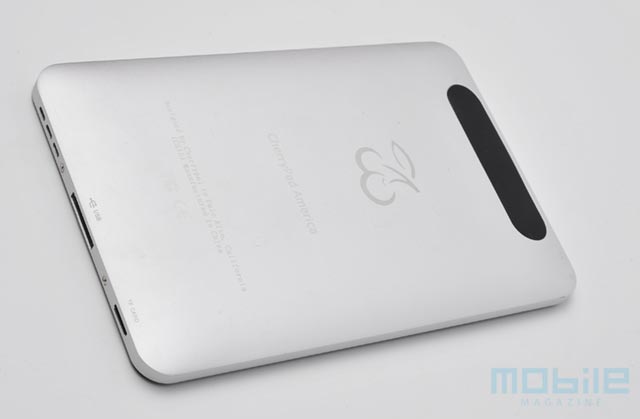 The company behind the CherryPad, CherryPal, doesn’t have the best track record.  They’ve admittedly had issues with fulfillment in the past. Their $99 laptop didn’t ship to many customers.  According to PC Mag, anyone who did not receive a product received a refund so this was quickly addressed.

A whole new set of problems seem to have surfaced now with the companies $188 CherryPad.  All customers are getting their products, but no refunds are being issued for sending it back under their RMA program.  After reading the official CherryPal support forum, customers seem to be shipping them back because of defects and other software problems, but are waiting two months or more without any response.   That’s terrible, but it’s not entirely a lost cause.  If CherryPal was a complete fraud of a company, why would they keep their support forum open and allow the complaints to remain public?  They could easily  shut the doors, but it shows that they are trying their damn hardest to maintain their integrity, whatever left of it that is.

Right now on my desk I have the CherryPad with Android 2.1, it’s locked out of Android Market and I can’t install apps from app installer. Its now really what I would call a basic internet appliance. Use the internet, FaceBook, YouTube, play media files, and read ebooks. Which may be fine for some, but for anyone looking at the iPad or Galaxy Tab as measuring sticks, the CherryPad is not for you.

Hardware
The 7-inch resistive-touch widescreen display is different to use with a finger.  You have to move slower, this is not capacitive touch.  Resistive touch needs a bit more concentration and persistence, but is still usable. Try it with a stylus and you’ll be quicker.  I do not like how the plastic sheet over the LCD has many tiny warps in it; temporarily flexing a little more when you press hard (hard to photograph but obvious in natural light). This might be normal, i’ve never seen a screen like this before and although it gets the job done, it makes the CherryPad look cheap.

The screen colors are lacking punch and could use a bit more contrast. At 800 x 480 pixels it does look pixelated.

The aluminum back is clearly a total rip off from the iPad.  Even the dock connector/charging cable is identical to Apples, just reversed.  I see the CherryPad as a great starter slate for a 10 year old kid.  Its fairly durable since the aluminum back provides for a hard shell, and the resistive touch plastic layer on the screen is not glass, so you wouldn’t have to worry about glass breaking; just scratches and dents.

The sound quality is average, with the speaker sounding distorted at the highest level, but still usable. 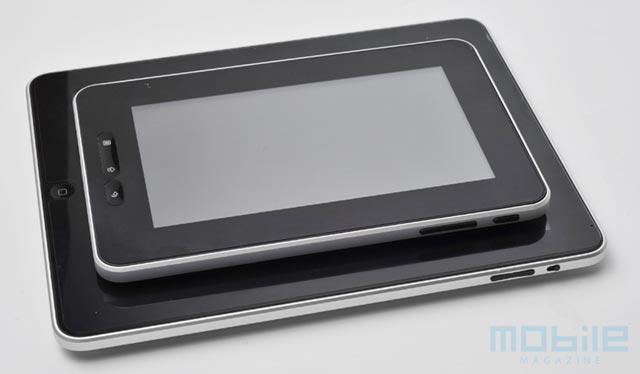 Software
Lets face it, this thing may be on Android 2.1 forever.  Which I don’t mind so much, but not being able to install applications is a huge pitfall.  So Android Market is out of the question.  The App Installer does not recognize apk files, which means the CherryPad is going to be stuck with the bare essentials that comes loaded on it.

CherryPal CEO Max Seybold told me in a telephone interview that they are “still working to get this fixed.”  We could see an update by the end of this month to address the app installing problem, but that’s not saying an Android update or Android Market is in view.  When I asked about the source code for the CherryPad, Seybold told said “We have nothing to hide, to some degree we are obligated to release it, the problem is that it took just a little bit of time to package it in the way that it makes sense for our customers.  Its more of an internal software packaging effort to pull the different pieces together to maintain it.  It will come by the end of the month along with a new wave of announcements.”

That may bring a sigh of relief to some, others may think back to November or December when they heard the same story.

Regardless, CherryPal is a small company.  They deal primarily with bulk orders for corporate customers and educational institutions, but that doesn’t let them off the hook for the rest of us.

Bottom Line
The CherryPad C515 7-inch Android Tablet is a good entry-level tablet for those who just need to access the internet, watch movies, youtube, and email.  Beyond that, its not going to do anything else.  Seybold said that it will most likely “not offer market access to it because it is really more of a low end device for a particular buying group.”  Meaning educational users and developing countries.  Seybold believes the media positioned the CherryPad wrongly, and compared it with $500-$600 devices. “This is an entry device with clear limitations but really more along the lines of education electronic text book, particular applications.”  But I think they set themselves up for that one, considering how much it looks like iPad.

But there’s good news for anyone dissatisfied with the CherryPad.  “Were thinking of a buyback program.  People that are unhappy and are able to return the c515 in next to mint condition, no major wear and tear, we can offer them an update.  The low end c515 is in more high demand outside the US than inside. We tried to clearly state that it’s sub-ipad.” said Seybold.

In my eyes, if you’re considering a purchase I would say hold off until it gets the much awaited and promised update. Or you can wait for the next CherryPad and perhaps trade in your old one for a credit.