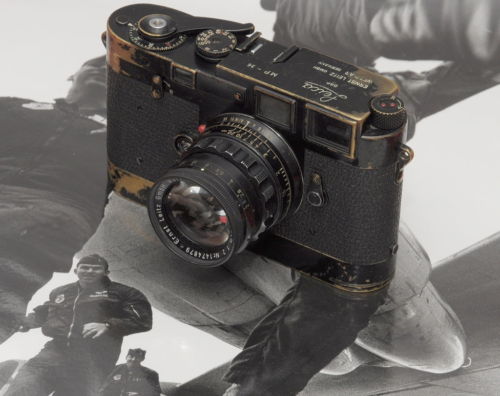 The eBay auction of an old, tattered antique camera closed Friday for $104,000. The 55-year-old Leica MP-36 camera was once the property of famous Swedish photojournalist Leif Engberg, who’s covered (among others) the Soviet invasion in Czeckoslovakia 1968, the war in Vietnam, the civil war in Biafra, the war between India and Pakistan over East Pakistan (Bangladesh), conflicts in Eritrea, Ethiopia, South Africa, Central and South America, Balkan regions and the Middle East.

Only 138 black versions of this Leica MP were produced between 1956 – 57, and though it differed only slightly from the M3 model, was designed specifically for photojournalists. Not to mention the camera included a Summicron 2/5cm no.1474879 lens and matching Leicavit MP rapid trigger-wind.

A good deal? Depends on what you’re into, I guess. Personally, paying the cost of a starter house for a camera is absurd to me regardless of what the lens has seen. That said, it’s a hell of a conversation piece for the unnamed buyer.