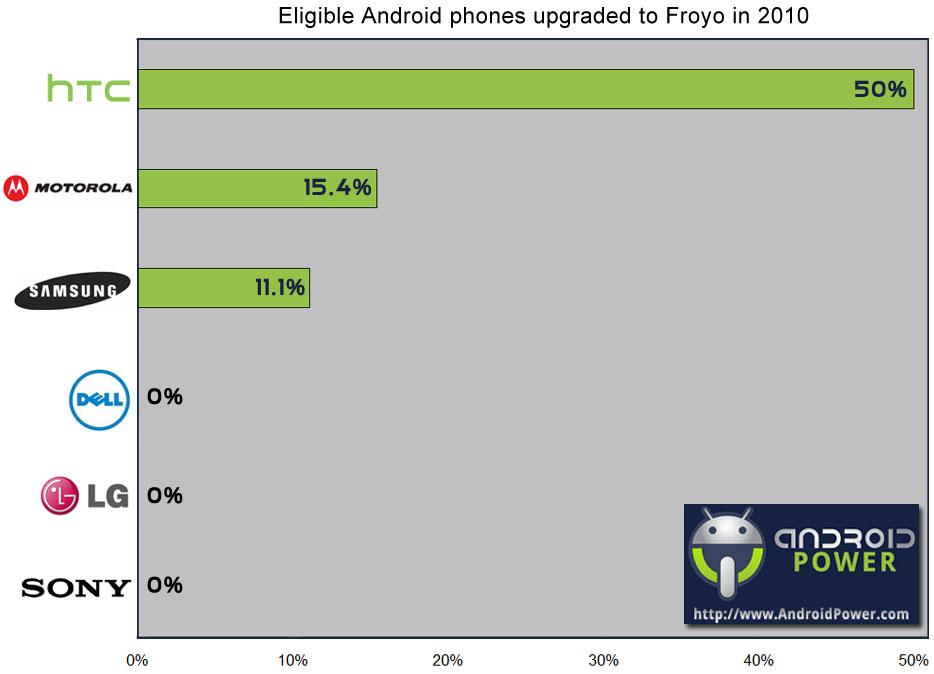 Donut. Eclair. Froyo. Gingerbread. Google Android is filled with all sorts of delectable treats, but not all phones are treated alike. Even when Google officially announces and releases a new version of its mobile operating system, you don’t get to enjoy that new Android OS right away; you have to wait for the carrier and manufacturer to push it to you (unless you like unofficial ROMs). So, who reigns supreme in this regard?

JP Raphael of Computer World has compiled a list of all the major Android smartphones released through the four major carriers in the United States, seeing which devices were able to get a taste of the Froyo (Android 2.2) before the rest. The results are quite interesting, to say the least.

In terms of manufacturers, HTC “is the best by a long shot.” Considering that the Froyo source code was released in June 2010, HTC has been able to push it to 50% of its phones within that calendar year. The average upgrade time is 56 days. Motorola is second with just 15.4% of its phones getting Froyo in 2010. Samsung has only upgraded one of its nine phones to Froyo, but that’s still better than Dell, LG, and Sony. None of their phones got Froyo in 2010.

What about on the carrier front? Verizon Wireless has really been pushing its DROID line of devices and they’re following through with the most Froyo upgrades too. A third of the qualifying Verizon Android phones got Android 2.2 in 2010, compared to 28.6% of Sprint phones, 12.5% of T-Mobile phones, and 0.0% of AT&T phones.

So, what’s the take home message? If you want the newest versions of Android to get pushed to you over the air in the timeliest of fashions, stick with an HTC from Verizon and you’ll give yourself the best shot. 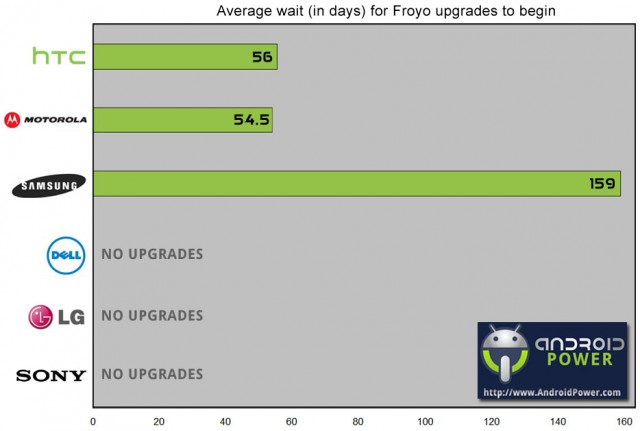