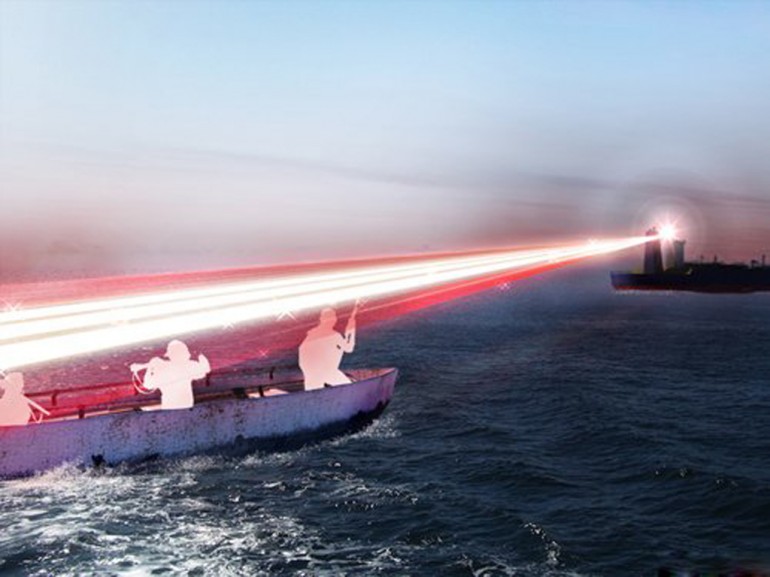 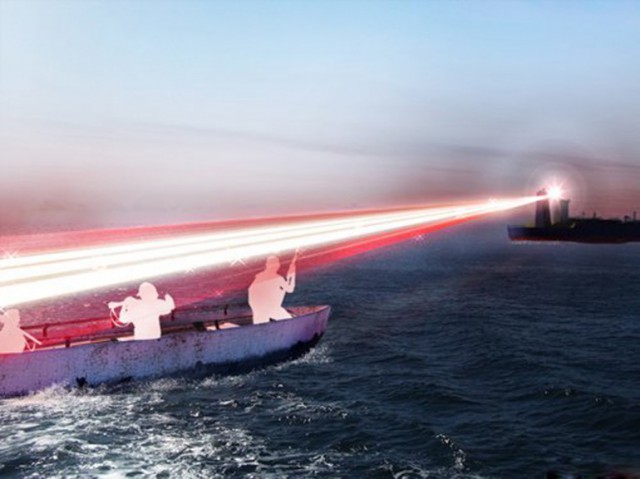 This whole situation with Somalian pirates is a little more complicated then a yo-ho-ho and a bottle of rum.  As it turns out, maritime piracy has become quite the problem on the open ocean and has forced law makers to look at new solutions, this time its lasers.

No, their not going to get some sharks and mount frickin laser beams on their heads. Instead, it seems that BAE Systems has developed a non-lethal laser that will act as a “deterrent” against pirate attacks on commercial vessels, like the ones that usually serve as targets for the aforementioned Somali pirates (and others of that ilk).

The BAE-developed laser is designed to “distract and deter potential attackers from a distance,” offering temporary effects that send the pirates sailing in the other direction. The “visual warning” to pirates has a range of over two kilometres, while closer distances are useful to “sufficiently disorientate attackers so that they are unable to target their weapons effectively.”

“The effect is similar to when a fighter pilot attacks from the direction of the sun,” says BAE tech lead Roy Evans. “The glare from the laser is intense enough to make it impossible to aim weapons like AK47s or RPGs.”

If the swashbucklers manage to get close enough to board the ship, though, the commercial tanker workers better pull out some shotguns or something.