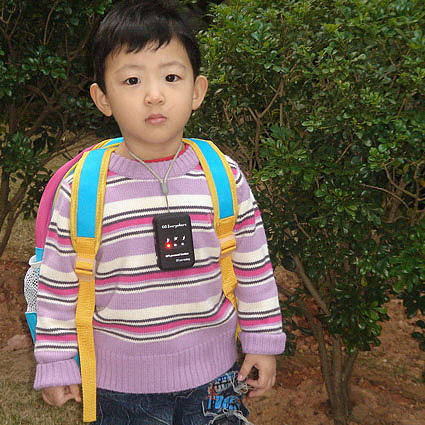 If you thought kidnapping was only a problem in countries like Columbia or Russia, you may be surprised to hear that China has long been facing 200,000 child abductions a year by some estimates – with the most conservative of estimates still sitting around 165 per day.

In an attempt to combat the problem, the Beijing Red Cross Foundation is giving out 20,000 GPS cell phone units to parents of primary- and secondary-school students. The watch-shaped phones are talk- and text-capable and, most importantly, allow parents to see where their children are at all times provided they’re wearing the device. Residents simply need to apply for the cellphone via the foundation’s website or offices. The cellphone costs 840 yuan (about $127) for two year’s worth of GPS and telecommunication services.

The initiative is starting in Beijing, but the foundation hopes to spread to other regions of China, such as Shenzhen, a city of 4,670,000 that sees some of the highest abduction rates per capita in the country. This is helpful in a way, but children exposed to cellular communications could face adverse side effects like thinning of the blood brain barrier.