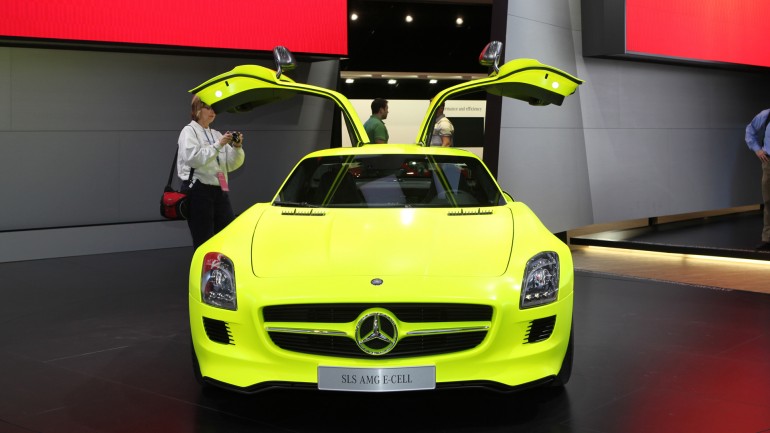 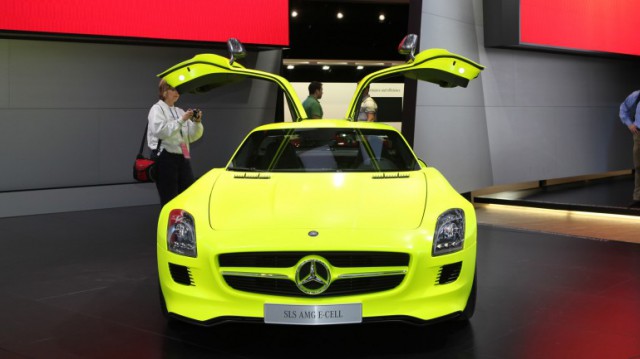 Mercedes has announced its SLS AMG E-Cell Gullwing all-electric car will enter production for 2013, though they haven’t given exact dates; or important details such as the price or even the battery’s range or charge time.

But the numbers they are giving are nothing short of awesome: 392 kW (525 hp), 880 Nm (649 lb-ft) of torque, 0-100 km/h in 4 seconds. It’s going to have the same four compact electric motors, liquid-cooled 48 kWh lithium-ion battery pack, multi-link suspension and pushrod damper struts as the prototype they had on display at the 2011 Detroit Auto Show.

The Gullwing is part of the Mercedes-AMG “AMG Performance 2015” strategy, crafted on the goal of continued reduction of fuel consumption and vehicle emissions. But the fact that they’re releasing these specs in lieu of battery performance suggests Mercedes is looking past the typical questions and focuses of the average electric car, opting instead to make a true powerhouse that happens to run on electricity.