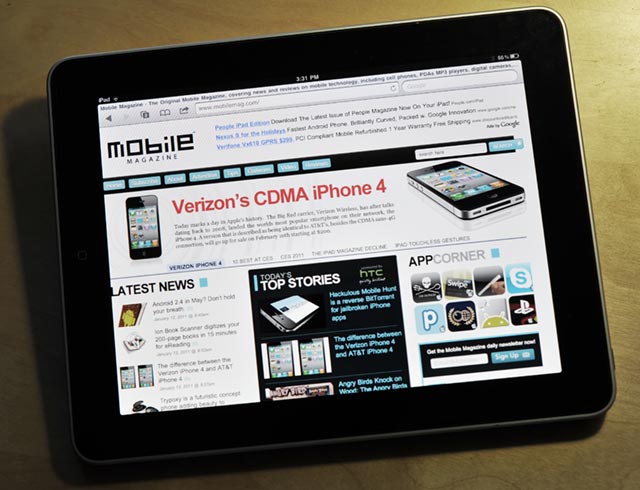 And the floodgates are now open. Following up on yesterday’s announcement about a CDMA iPhone 4 making its way to Big Red, Verizon Wireless Chief Financial Officer Francis Shammo has now confirmed that a CDMA version of the prized Apple iPad will soon be joining the network too.

This isn’t an official announcement, by any means, but Shammo did mention that “Verizon will get an embedded chip in the iPad for use on its network” while chatting it up with the folks at Bloomberg. The iPad can already be purchased through Verizon for use with its MiFi mobile hotspot device, but this is the first “straight from the horse’s mouth” mention of a CDMA-equipped iPad.

If the comparison between the CDMA iPhone 4 and the GSM iPhone 4 is any indication, it’s most likely that Verizon’s take on the iPad will very much mirror its GSM-equipped cousin. There will be no additional features or functions, unless they’re going to coincide the launch of a CDMA iPad with the announcement of an official iPad 2. I also find it doubtful that Apple would toss LTE into the Verizon iPad either.

As with the iPhone 4 on Verizon, the Verizon iPad won’t have a SIM card slot, effectively getting locked down to Big Red. This isn’t a big problem if you stick around in the United States or rely solely on Wi-Fi when traveling abroad, but it is something worth noting.