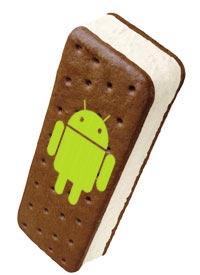 Pocket-lint is reporting that Google will release the 2.4 iteration of Android in June/July. According to “multiple sources familiar with the matter”, there will be an announcement to this end at the beginning of May during the company’s IO conference. Android 2.4 will reportedly be dubbed Ice Cream (or potentially Ice Cream Sandwich) following on the heels of the launch of Donut (D), Eclair (E), Froyo (F), Gingerbread (G) and Honeycomb (H).

We’re confused at the version sequencing given that December’s Gingerbread was 2.3 and followed-up by Honeycomb (3.0) in January. It hardly makes any sense that Ice Cream (Sandwich) would roll back to 2.4 unless Google intends to divide smartphone Android and tablet Android into two different products.  This notion was however put to rest in an Engadget interview with Honeycomb lead designer Matias Duarate where he specifically notes that Honeycomb is scalable to phones.