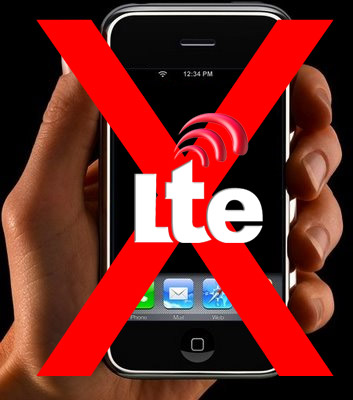 Now that the big red apple-flavored cat is out of the bag, we’ve got a lot of questions for both the teams at Verizon Wireless and  at Apple about the new CDMA iPhone 4. Steve Jobs wasn’t around for a Q&A session, but the Verizon guys were. So, where’s the LTE?

Well, they say it’s because of the change in design. First-generation LTE chips require certain design compromises and the Cupertino crew didn’t want to do that for their first foray into the CDMA world. This isn’t to say that LTE won’t come to a version of the iPhone eventually, but they are “not commenting on unannounced products.”

Realistically, this strategy follows Apple’s typical modus operandi. When the original iPhone first appeared on AT&T, people asked why it only did EDGE and not 3G. Apple has always taken a more cautious approach to new technology and, given its experience with 3G on AT&T, it makes sense that they’d be just as cautious about LTE on Verizon. Wait for the network infrastructure to expand and mature, then release an iPhone 4G.

In the same Q&A session, some other interesting tidbits arose. First, the CDMA iPhone is not exclusive to Verizon. In this way, it’s very possible that a Sprint version is in the works. Second, the CDMA iPhone works like “all other CDMA devices,” meaning you won’t get simultaneous voice and data multi-tasking. They’re not discussing price, but the “personal hotspot” for tethering is mentioned.