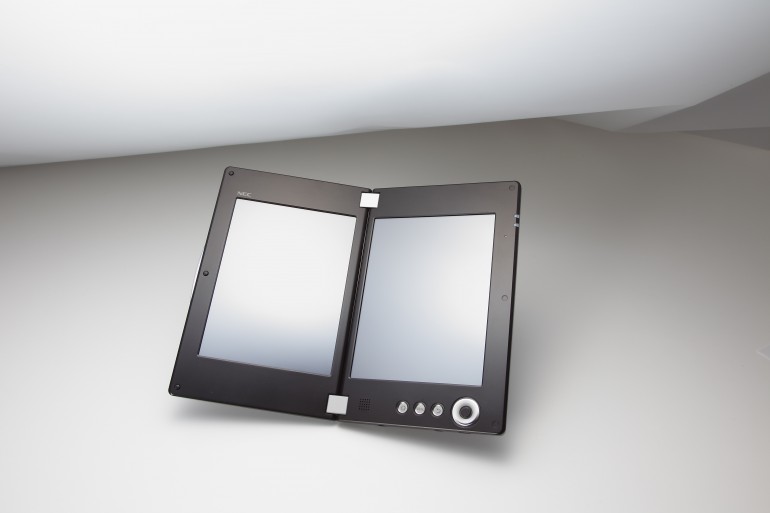 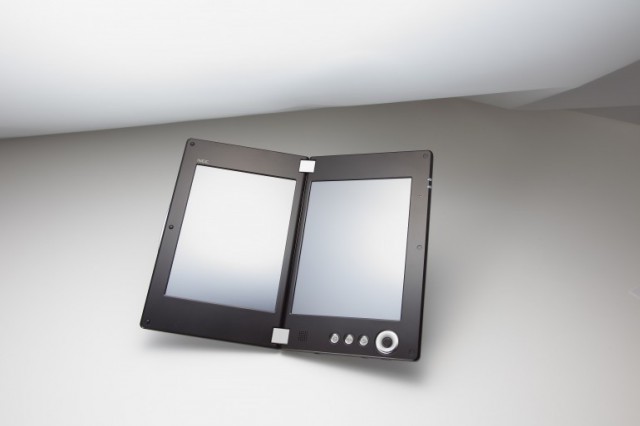 Designed to run independent applications that can run at the same time, at first glance the Cloud Communicator looks and sounds interesting. On the inside it’s powered by an ARM Cortex A8 processor which should provide somewhere in the neighbourhood of 1GHz of processing power. It also comes with the standard user-facing camera and a trio of wireless connectivity options.

Now with everything going right on the hardware we can’t figure out how NEC fumbled the screen so poorly. Rather than deliver multi-touch displays that are the new norm in this technology, the Cloud Communicator display is based on resistive technology coupled with stylus input.

The OS is courtesy of Android but details are vague as to which version it’s running, we expect Android 2.3 (Gingerbread)  but will wait to hear more on this front. NEC provides access through the device to their own Android application market known as andronavi which is interesting but hardly a game-changer.

Lastly, battery life clocks in at a paltry 5 hours which seems ridiculous but when you factor in dual 7” screens it’s slightly more understandable. There is a single-screen Android tablet that was also launched by NEC at CES, the LT-S Cloud Communicator, which has somewhat better battery life but is still delivered with that disappointing resistive touchscreen.

Oh, and if you thought the inclusion of the word “cloud” in the product name might include some cloud-based advantages to these devices like Chrome, NEC failed to mention anything in that vein so don’t hold your breath.