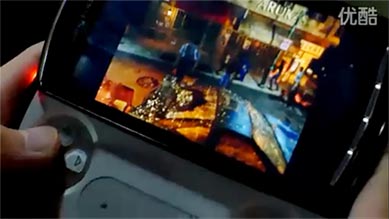 I don’t care (for now) that the rumors are pointing toward the Sony Ericsson XPERIA Play moniker for this device. In my eyes, it’s still the Sony PlayStation Phone, because that’s really what it is. And now we finally get to see the PSPhone perform some of its PlayStation functionality.

We’re seeing an increasingly large number of leaked photos, but a video demo is so much better. A video has now been posted on the Internet, showing the PlayStation Phone XPERIA Play running Biohazard 2 (known as Capcom’s Resident Evil 2 on our shores) and Rage Racer (which is a part of the Ridge Racer series from Namco). These are classic PS1 titles.

That’s the good news. The bad news is that I’m thinking this gameplay preview is anything but official. Instead of using something that looks like official Sony software, the demo makes use of an app called ROM Buddy. The emulator then proceeds to find and launch BIN titles for the mobile gaming enjoyment. I’d imagine that when this becomes official that the PlayStation Network would be extended to support it.

Considering the powerful graphics and gameplay capabilities of regular Android (and iOS) phones these days, will a true “PlayStation Phone” really stick out from the crowd anymore? I guess having real game controls will help.