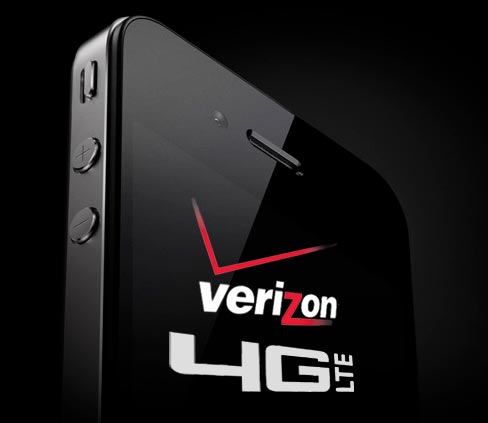 It’s been a long time waiting.  Rumored, denounced, confirmed, again and again, the Verizon iPhone is likely to be here tomorrow. Of course the timing is unconscionable, giving CES one day to wrap things up then stealing the limelight like a bandit in the night. Verizon has recently announced their lightning fast 4G LTE network alongside nearly a dozen smartphones, laptops and other such devices that will take advantage of the new network speeds.  But will the new iPhone support it?

Tomorrow’s announcement is expected to end a 4 year exclusivity clause between AT&T and Apple for the iPhone. Rival Verizon Wireless will be the first carrier outside AT&T to carry the iPhone. According to WSJ, other carriers like Sprint Nextel Corp. and T-Mobile USA will begin offering an iPhone as well.  It’s unsure which version they will carry, or if a new version will come out in the spring.

The estimated release date for the device is set for February 8th; precisely four weeks from tomorrows announcement. The gaining pressure from Google’s Android OS which was made evident at CES, has pushed Apple to make a move to other carriers in hopes of increasing lost market share to Android.

New devices like the Motorola Atrix 4G and the Samsung 4G LTE will be among the main competitors of the CDMA iPhone. Verizon’s press event in New York City on Tuesday asked reporters to “Join us as we share the latest news,” but obviously did not indicate an iPhone release. With Lowell McAdam, president and chief operating officer of Verizon Communications making an appearance, it’s got to be big news.

An iPhone 4G on Verizon is possible, would definitely make many customers happy, but isn’t likely to happen.  We’re more likely to see a plain CDMA variant of the iPhone, a 4G version would be an entirely new product that Apple themselves would wan’t the thunder for releasing, not to mention battery and other performance issues that may occur when making a 4G iPhone.

Should current iPhone users switch? Well, AT&T has gone under much scrutiny for their network performance and you may just want to get out of that arrangement with the carrier.   However, some are quite content with the speeds attained by using the present iPhone 4 on AT&T. Boy Genius Report’s Zach Epstein published a screenshot of his iPhone 4 speeds on AT&T today, he claims they are consistently between 3.5 and 5Mbps.