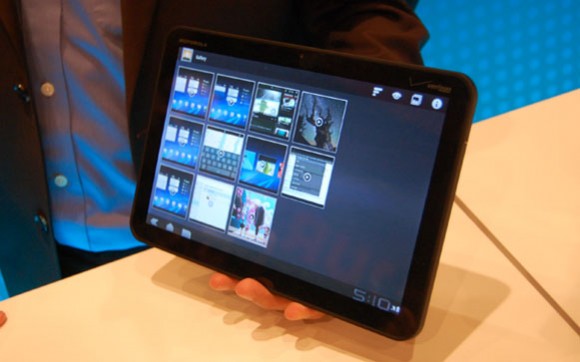 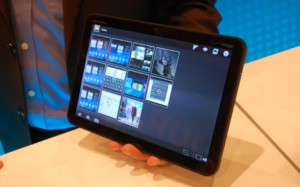 The Motorola Xoom tablet powered by Google’s tablet-specific Android 3.0 (Honeycomb) topped the polls and was named the best gadget at CES 2011. Combining beautifully-crafted hardware and the right OS, we couldn’t agree with this assessment more.

On the outside the Xoom looks like everything we’ve come to expect from a tablet – 10.1” display with 1280×800 resolution, front (2MP) and back-side (5MP with flash) built-in cameras and weighing in at 1.6lbs. The back-side camera also captures video recording at 720p while the display playbacks video at an impressive 1080p.

However, it’s what’s on the inside of Xoom that made it the stand-out gadget this year. Before we get to the OS, it’s worth noting what’s powering it – the NVIDIA Tegra 2 dual core 1GHz processor. Including 32GB of user memory and 1GB DDR2 RAM the Xoom is built for speed and comfort. Motorola is also reporting battery life of 10 hours of dedicated video which really makes it a stand-out from many of the tablets we saw this year.

The Xoom will launch on Verizon 3G in Q1 of this year but will be upgradable to 4G LTE in Q2 which we think is a fantastic touch.

But what really makes Xoom this year’s stand-out is the OS – Google’s Android 3.0 (Honeycomb) software – that’s been specifically tailored to tablet hardware. In its third-version, Android seems to have shaken off its freshman and sophomore jitters and is finally being delivered with a unified aesthetic.  For a product that’s been hounded with complaints about its lack of a consistant UI, this is a marked improvement.

Previous versions of Android have relied on physical buttons embedded in the hardware to navigate menus within the OS but Honeycomb does away with that in this iteration as the main navigation buttons – Home, Back, and Menu – have become digitalized as part of the touchscreen. This is an important improvement for the OS as it makes it a more universal OS that gives hardware manufacturers more freedom as well. 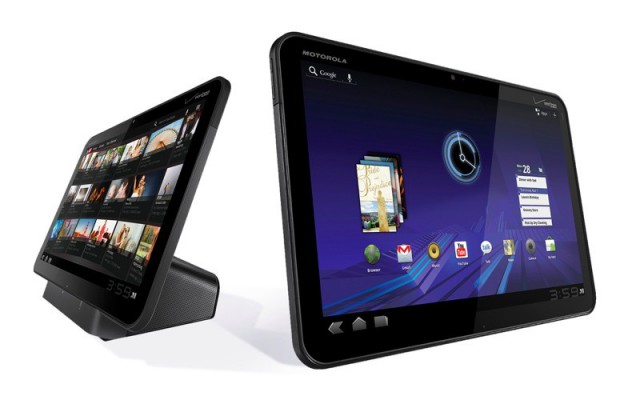 One of the most oft-mentioned highlights is the new Gmail widget. It’s been a long time coming and is accompanied by new widgets for calendar, contacts, browser and a YouTube links.

“We took big risks and they paid off,” said Motorola Mobility chief software engineer Seang Chau. “We didn’t know if people would get it; but obviously they got it.”

It’s worth mentioning that Honeycomb is the first version of Android with barometer-support. This comes packed in along with the usual set of meters: accelerometer, magnetometer, ambient light sensor and gyroscope.

Foxconn and Catcher technology of Taiwan are also reportedly ramping up to supply parts for the Xoom. Details show that based upon orders placed with the vendors, Motorola plans manufacture between 700,000 and 1 million Xoom tablets before Q1 of 2011 is done.  Now that’s a huge feat which sounds plausible considering the attention the Xoom got at CES.  Google Android is taking tablets beyond the capabilities of Apple’s iPad.