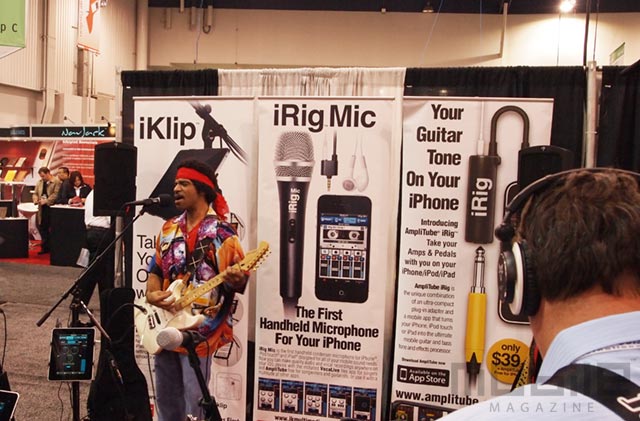 After rocking out in Rock Band 3, you might feel inclined to pick up a real electric guitar and give it a go. Maybe you’re already a rock star in the making, but you want a setup that’s a little more portable. Well, IK Multimedia seems to have a pretty interesting solution with its iRig and iRig Mic.

I saw their booth on display at the Consumer Electronics Show and was quite intrigued. What you get with iRig is a “guitar interface adapter” that works in tandem with the AmpliTube iPhone/iPad app. Together, you gain three stompbox effects running into an amp-head with effects, choosing from 11 built-in stompbox effects in all. You also get five apps, five speaker cabinets, and two microphones. It’s like having a recording studio in your pocket.

To get the full experience, you’ll want to combine this with a conventional amplifier, but the iRig can also output to headphones, mixers, and powered speakers as well. And it’s really just a little adapter that fits in the headphone jack of your favorite iDevice.

The iRig Mic works in much the same way, except it’s designed for microphones. You combine it with the VocaLive real time effects processor suite for singers (an iOS app) and AmpliTube to do your songwriting stuff. And it’s got a bunch of effects to go along with the real time monitoring. I’m no musician, but this iRig stuff sounds pretty neat to me. 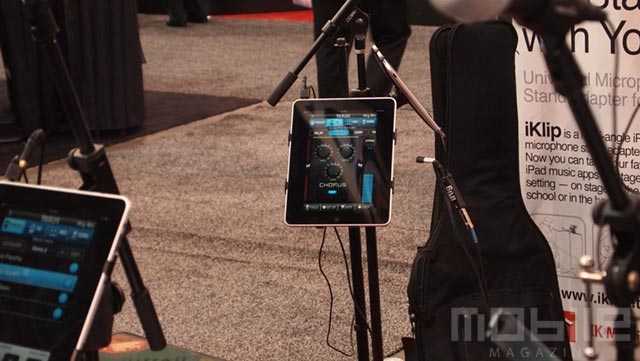 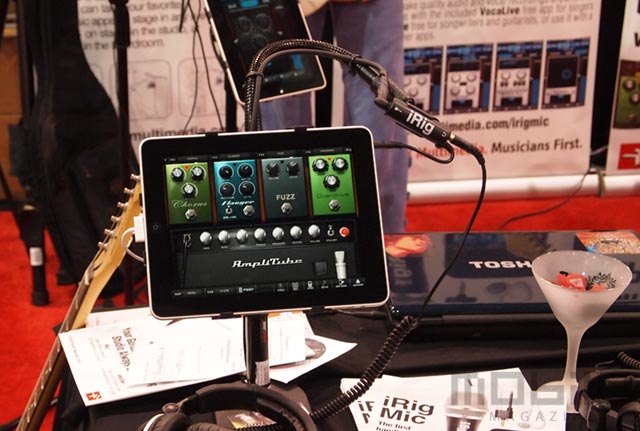 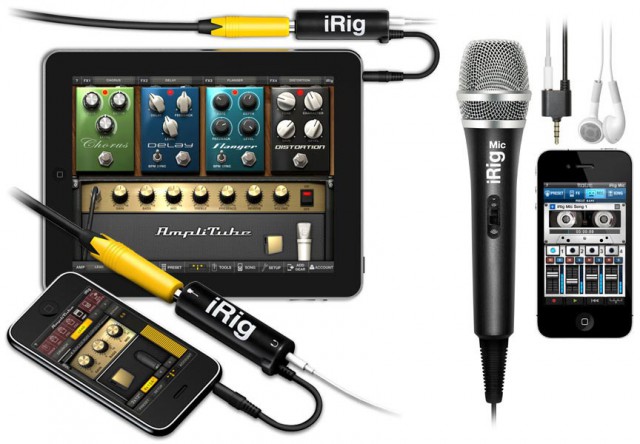