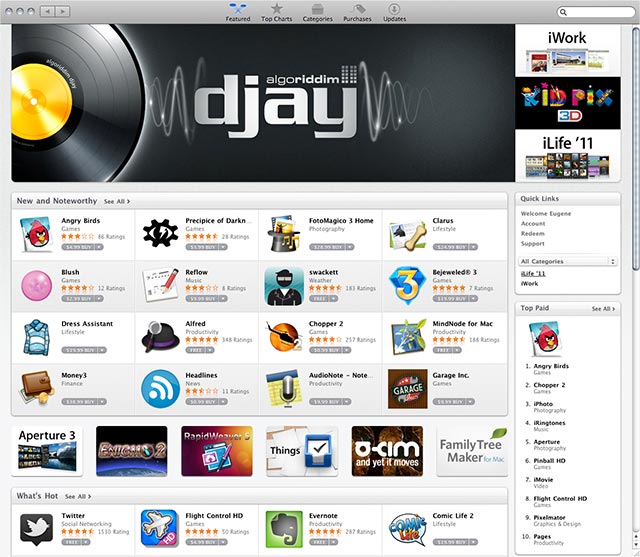 The store, which resembles the app stores for the iPhone and iPad, is already home to more than 1000 apps. Some have been retro-fitted from their iOS versions to run smoothly on OS X and use the mouse rather than a touch screen. Others are full out Apple or third-party programs such as the iWork and iLife suites and Aperture, which have seen their CD-based production numbers slashed and, assumably will be phased out to make way for online-only purchase.

But the store’s premise does raise some questions. Will we eventually see high-end applications such as the Adobe Creative Suites in the Mac app store? And, a big question for those with poor credit and no credit cards: How have iTunes and the app stores effected the numbers of pre-paid credit cards already? With some of the apps in the Mac version of the store selling at $70 or higher, whatever that number is will probably rise when the store really catches on.

They did it with music. They did it with mobile applications. They did it to a lesser extent with movies, TV shows, books; it was only a matter of time before digital sales had spread to full computer programs. But whether or not other companies jump on this one is yet to be seen.