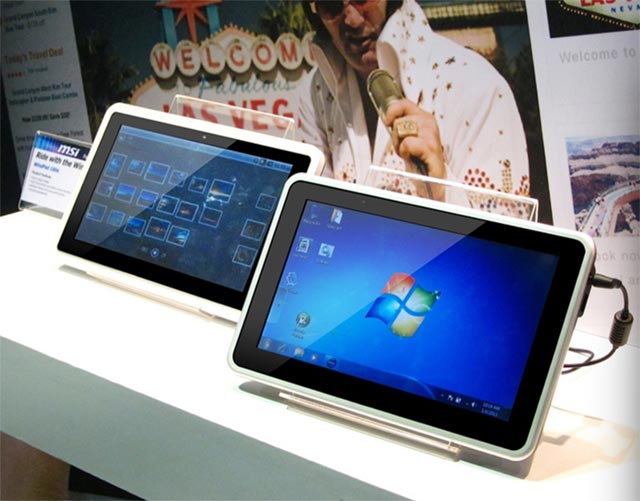 Weighing in at just 1.6 and 1.76 lbs, it’s a wonder why MSI named their pair of tablet computers the “WindPad.”

The 10.1″ tablets both boast 10-point multitouch screens as opposed to the usual two-point, are only half and inch thick at their thinnest point, get eight to 10 hours of battery life and have an assortment of I/O ports, including USB and HDMI.

But this is where the WindPad branches into two options: The 100A or the 100W.

The 100A is the lighter of the two, runs Android and, for some reason, uses an unspecified ARM processor as opposed to the Intel Menlow Z530 you’ll find in the Windows-based 100W. You’ll only get the option of 3G connectivity with the Android version, as well as a digital compass and GPS.

If you go with the 100W, with a 32GB solid state hard drive and Windows 7 Home Premium as the OS, you’ll be stuck with WiFi as your only option for mobile connectivity as you schlep the extra quarter-pound around with you, but you get a superior processor as compared to its Android brother. Trivial? Possibly. Justifiable? I doubt it.

The tablets aren’t as cheap as we had anticipated, with the 100W slated to sell at about $500 at its release in the first quarter this year. And based on what little product specs MSI is giving out, they definitely aren’t the best tablets we’ve seen come out of this year’s CES. 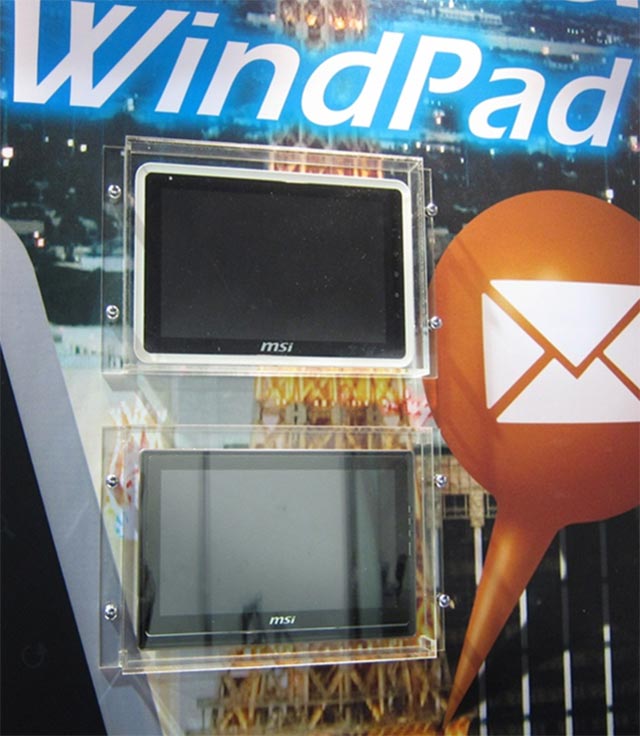