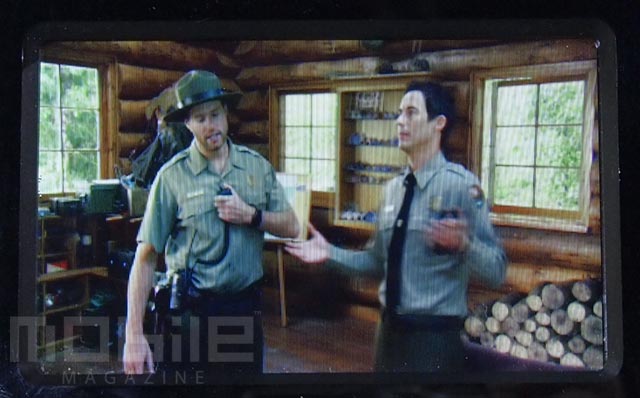 Having to wear special 3D glasses can be quite a hurdle in the world of 3D video adoption, especially when it comes to mobile devices. Even so, wouldn’t it be cool if you could have a smartphone with a 3D display? MasterImage 3D sure thinks so.

I met up with them on the trade show floor of CES 2011 to get a look at the working reference design of the glasses-free 3D displays for smartphones and tablets. They had a four-inch and a three-inch version, but they both work in fundamentally the same way. It uses something called auto-stereoscopic 3D technology and this is, in some ways, quite similar to the upcoming Nintendo 3DS.

So, how is it different? Whereas the 3DS uses bands or stripes for its 3D technology, the MasterImage 3D solution uses a “patented cell-matrix parallax barrier” with a “cell gap” approach. What does this mean? First, you get more accurate 3D reproduction and, second, you can actually switch between landscape and portrait modes. You can’t do that with the “stripes” of the 3DS.

The reference design that they had on hand was running on Android and a Tegra2 chip, but I don’t see why a manufacturing partner couldn’t opt for a different solution. The 3D tech at work can work on “any kind of display, from TFT to OLED< PDP and more."

In practice, I was able to get a pretty good 3D experience on the four-inch demo model. It is similar in scope to the 3DS in that the 3D-ness is like "looking into a box" rather than having images pop outward from the display. As you can imagine, viewing angles can be a little restricting (about 15-degrees of range at about arm’s length), but this is a personal device that you’ll likely be looking at straight on anyhow.

MasterImage 3D says that they are working on larger displays, in the tablet range of 7-inches to 10-inches for instance, but they refuse to put out an inferior product. Until they get it to “look great” on something bigger than 4-inches, they’re not going to do it. In any case, MasterImage 3D had no production partners to announce just yet, but I’d keep an eye on where they go from here. 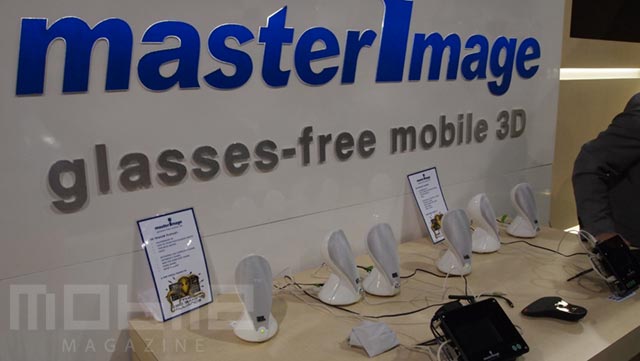