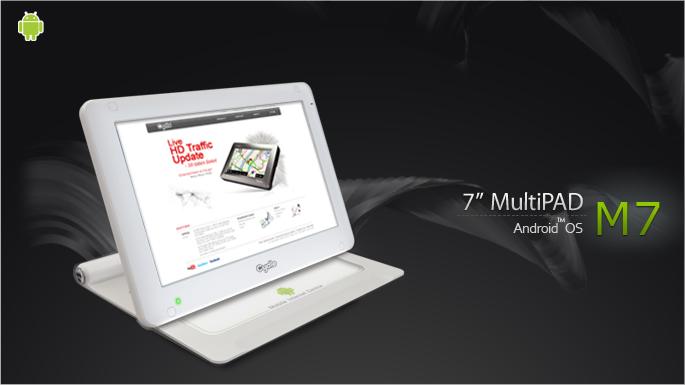 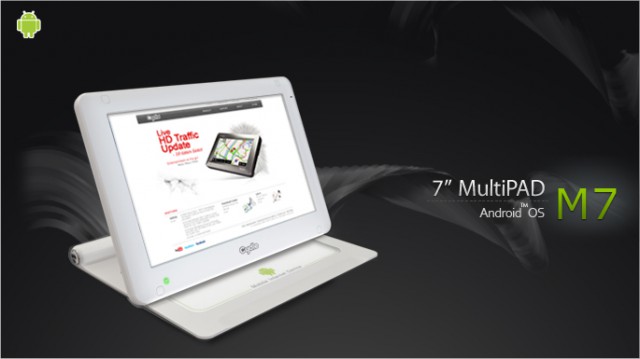 Cydle’s M7 MultiPad is a breath of fresh air into the raging waters of the now-fiery tablet market. And also an earth reference.

It isn’t trying to compete with 3G tablets. It’s not going up against Apple or Toshiba.

Instead, Cydle has taken a handful of basic devices – an e-reader, TV tuner, media player, etc. – and bundled them together behind a 7″ soft touch display.

“Many consumers look for quick, easy ways to access the programs used most frequently, and the M7 does just that in a lightweight, portable device,” says Terry Choi, director of sales at Cydle. “We’re looking forward to providing consumers an affordable, quality option that will serve a variety of purposes, while offering an excellent multimedia experience.”

And an excellent multimedia experience it will be. With an HD display as well as an HDMI port, it allows you to watch videos and movies, listen to music or view photos on its own screen or an HDTV. It even acts as an extra computer screen if that’s what you need at the moment.

It runs on a unique Android-based OS, which is still in its Beta form. And though it’s not stated, I’m assuming it won’t be able to run every app out of the Android app store, though it does claim it will have access to some. If not it could be a deal breaker and leave many customers hanging dry.

The back of the attached stand conceals its mini-USB port beneath a flip-up logo plate, reminiscent of those old muscle cars with the gas cap concealed beneath the license plate.

The humble device will start selling in February for about $250.

M7 MultiPad allows users to experience an assortment of home entertainment in a lightweight, portable device

2011 International CES
FULLERTON, Calif.–(BUSINESS WIRE)–Cydle, an emerging leader in mobile consumer electronics, today announced it will exhibit the latest addition to the company’s selection of multimedia products, the M7 MultiPad, at the 2011 International CES. Along with Cydle’s diverse range of multimedia products, the M7 can be viewed at CES from Jan. 6-9, 2011, at Booth #14843 and DTV Zone Booth #9642.

“We’re looking forward to providing consumers an affordable, quality option that will serve a variety of purposes, while offering an excellent multimedia experience.”
Cydle’s M7 MultiPad boasts variety and application, as it serves several functions to meet the needs of consumers. Due to the enclosed patented detachable screen cover and stand, the M7 provides both a vertical and horizontal view, ideal for various functions and applications designed for vertical view. Not only does the detachable stand also work as a screen cover for those on the go, but also allows users to free their hands while enjoying their multimedia contents.

Featuring an eBook, Wi-Fi connection, email and Application Market, the portable MultiPad also serves as an HD quality multimedia player, providing access to movies, music and photos. In addition, materials shown on the 7” wide touch screen can be viewed on a wider screen by simply utilizing the enclosed HDMI port and connecting the M7 to a widescreen device.

“Many consumers look for quick, easy ways to access the programs used most frequently, and the M7 does just that in a lightweight, portable device,” stated Terry Choi, director of sales, Cydle. “We’re looking forward to providing consumers an affordable, quality option that will serve a variety of purposes, while offering an excellent multimedia experience.”

The future direction of Cydle’s M7 will be to utilize a new technology that will use a home networking system to access a PC, television and other consumer electronics by connecting the products together to easily access and share the contents of the linked electronics. Cydle’s M7 will be available in February 2011, with a starting MSRP of $249.