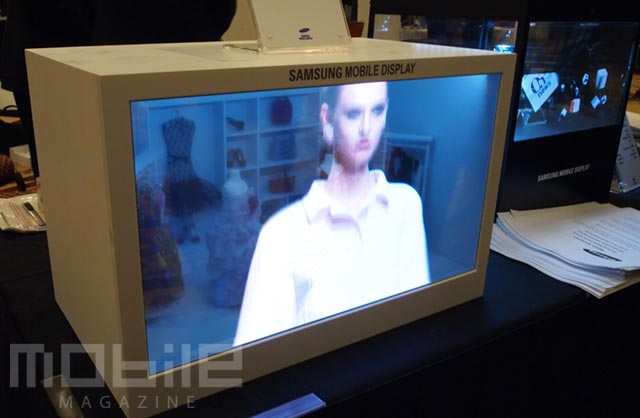 Have you ever wanted to look at the display on your notebook, for example, while still watching the big game on the TV behind it? Normally, your head (or eyes) have to keep bouncing between the two. If you want to keep your head and eyes right where they are, you might want to know about the new Samsung Transparent AMOLED display for TVs and monitors.

There are two reasons why this display is noteworthy. First, it is the world’s first large-screen transparent AMOLED production prototype. Up until now, we’ve only seen this kind of tech on a much smaller scale. Second, the prototype AMOLED is able to provide up to 30% transparency. Samsung says other similar displays has averaged “below 10 percent.”

You probably won’t want to do too much heavy lifting with this screen, since it only does qFHD (960×540), but it’d be great for the NFL Wild Card games this weekend. Keep up with the stats on NFL.com while watching the TV behind your notebook screen. That would be, you know, if this was somewhere beyond prototype status.

In any case, seeing this display in person was quite intriguing. The display itself wasn’t quite as “crisp” and “bright” as you’d get with conventional AMOLED, but the demo box they had set up really helped to show you can see past the display. In this case, they had a fashion show on the screen and a (physical) dressing room in the back. Pretty neat stuff. 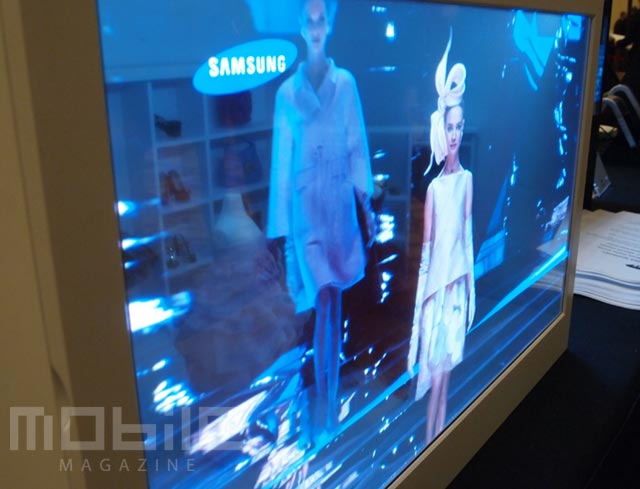