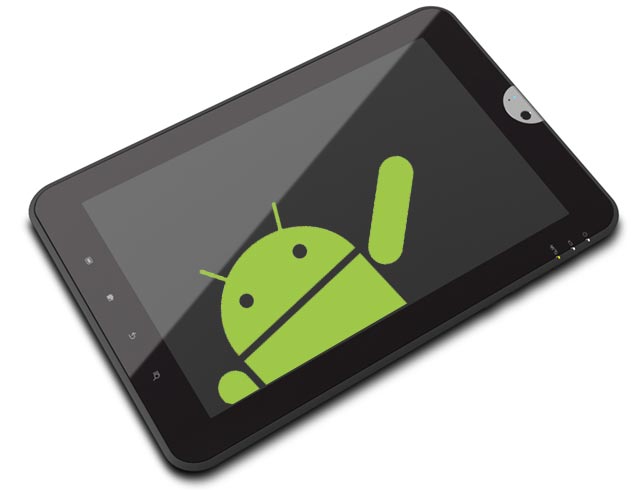 Motorola I can understand. But Toshiba announcing an Android tablet? Where’s Microsoft’s tablet OS, have they smartend up? It seems so.

Side by side with the XOOM and you may not notice the difference, Next-Gen tablet packs the same dual-core NVIDIA Tegra 2 processor, sports the same 10.1″ HD screen with 1280×800 resolution and even the same 2MP front and 5MP back camera specs. They both even have HDMI-out. Hmm.

Maybe Toshiba’s announcement should have been labeled the “This-Gen” tablet. It’s going to be hitting stores “in the first half of 2011,” meaning it might even fall behind the XOOM getting to the market. Regardless, it’s booting Honeycomb and that sure is sweet.

The XOOM definitely has one thing over the Next-Gen: 3G connectivity (with an upgrade to 4G coming in the first half of the year).

On the other hand, Toshiba’s tablet is customizable, has full-sized and mini USB ports, and Toshiba Resolution+ video enhancement to give standard video a more HD-video-ish look. But is that a worthwhile trade-off for 3G?

It looks like Toshiba’s trying to push into new territory, but this seems to have fallen directly in the middle of two markets – not far enough out to compete strongly against mobile 3G tablets, but too far to compete on their home turf of laptops and mobile PCs.