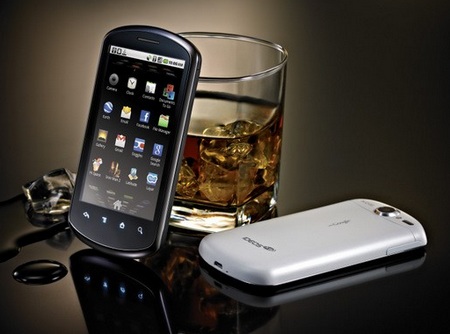 Billed on their website as the world’s first affordable smartphone, the IDEOS ultraslim smartphone is being targeted to what Laren Stover calls “Dandy Bohemians: Those who have no money, but try to appear as if they have it.”

Operating on Android 2.2, the IDEOS X5 gives the option of a “fashionable variety of colours.” So, despite having little more than the standard fare of smartphone functions, it’s dressed to impress. With a 3.8″ multi-touch screen, 5MP camera for 720p video, FM radio and Flash 10.1 support, it’s will definitely get you through the day.

But it doesn’t leave much to get excited about.

The device is set to launch in Singapore, Hong Kong and New Zealand beginning January 2011, reaching the U.S. near the middle of this year. A Canadian release date isn’t mentioned.

“We are excited to launch the next generation IDEOS: the X5 smartphone,” said Victor Xu, Chief Marketing Officer of Huawei Device, at the CES. “This smartphone is a new alternative to traditional brands and competes well in terms of design and functionality. IDEOS X5 offers the latest technology at a price that’s right.”

Other than those whose spending/earning habits have kept them from upgrading from a decade-old dumbphone, I can’t imagine Huawei will be seeing many converts on their arrival here. Look for it at your budget mobile carriers.