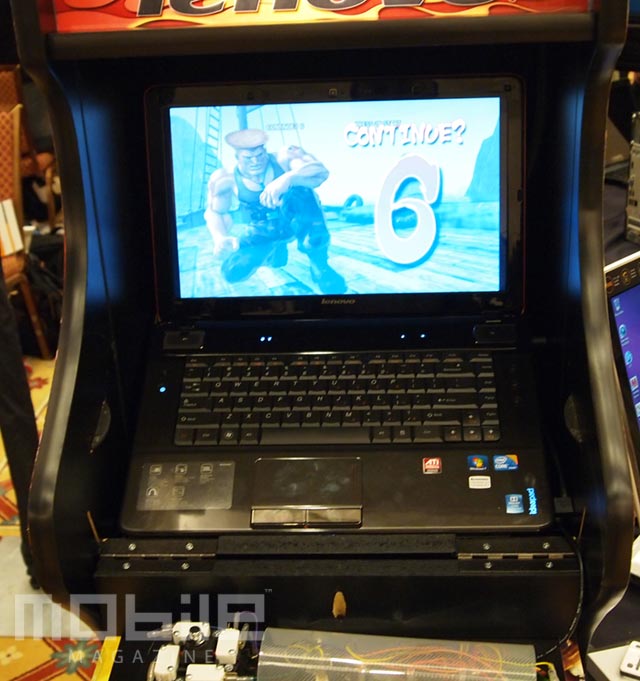 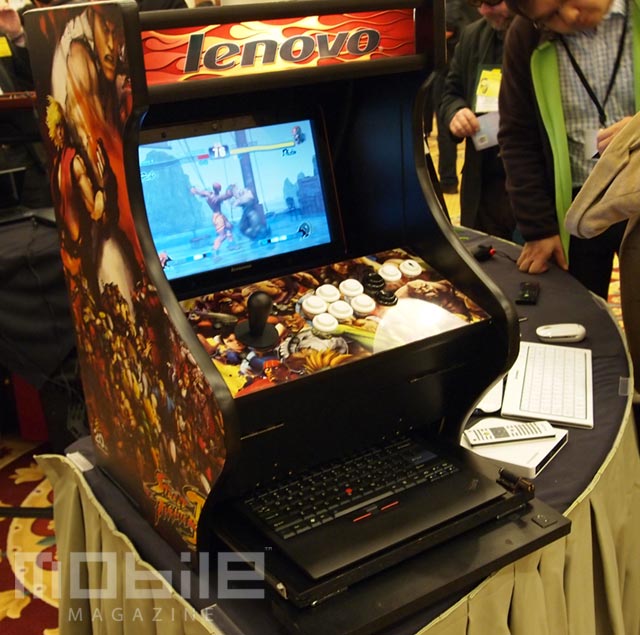 What’s your idea of fun? That’s the question that Lenovo put out to the modding community and the response from Dean Liou of Envador.com is easily one of the coolest. On display at CES 2011, Liou’s creation is a mini arcade cabinet that is really “just” a laptop dock.

What he has managed to do is reproduce the look and feel of a real arcade cabinet, completly decked out in Street Fighter artwork and giving you that “put the quarter on the ledge to call next” kind of nostalgia. You get a real arcade stick and real arcade buttons.

The kicker is that this whole thing is simply powered by a Lenovo Y560 notebook PC. When you flip up the arcade controls, you reveal the full laptop, which is being docked on a notebook cooler. The cooler blows cool air to the underside of the lappy, keeping it at a reasonable operating temperature. The notebook cooler also happens to have a USB hub.

Nothing too crazy, but that USB hub then connects to the aforementioned arcade controls, as well as an external USB keyboard that is hidden away in a slide-out tray toward the bottom of the cabinet. This way, you can access keyboard functionality without having to access the physical notebook.

Not everyone can put together a dedicated computer for a dedicated MAME arcade cabinet. Liou’s creation, as he describes it, allows users to mix work and play. Do your work on the Y560 as you normally would, then dock it in the arcade cabinet for some crazy hadouken and sonic boom action.

That’s the good news. The bad news is that this is really just a one-off(functional) concept, so there’s no saying whether Lenovo would actually build one of these things for retail.  We’d love to have one setup in the office here for those creative “lunch meetings.”