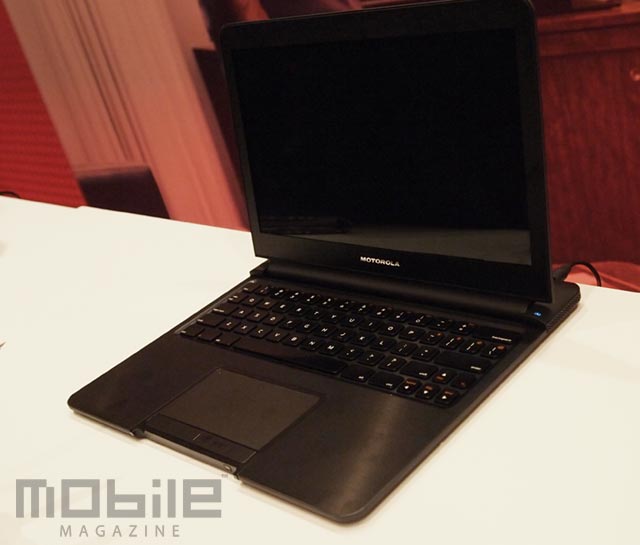 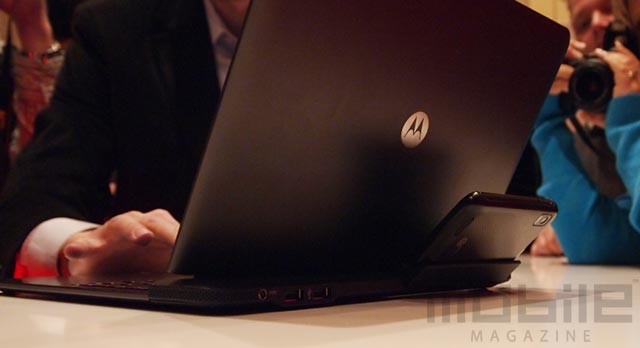 Motorola took a little bit of wind out of its own sails by letting the AT&T event reveal the Motorola Atrix 4G, but the Motorola event a few hours later let you get up close and personal with the hot new smartphone… if you could fight past the nerdgasm to get close enough, that is.

Yes, I fought. It was quite the struggle, but I did manage to get a really good look at the laptop-like dock that you can get for the upcoming smartphone. The matte black finish and super slim profile is reminiscent of that Google Chrome OS netbook going around, but you have to realize that this is just a dock; there are no real guts in this thing. The phone does all the work.

It’s actually pretty cool that the dock doesn’t have its own power button. As soon as you plunk the Atrix 4G into the dock in the back, the dock turns on and launches into a “Webtop” interface with a real Firefox web browser and other utilities. There’s a good size keyboard and trackpad, as well as a 11.6-inch LCD display.

If you take a look at the pictures, the “docking” portion in the back is a reasonable distance away from the “laptop” display, so you can tilt it back a fair amount. You’ll also notice that the dock folds right back into the whole laptop thing, making for a blade-thin portable accessory.

If you want to go even bigger, Motorola was also showing off a multimedia dock that provides a real keyboard and HDMI output to however big a display you desire. The interface is identical to the laptop-like dock with the Webtop thing. You can even multi-task in the “mobile” view on your big screen, showing off the different apps as tabs while simultaneously doing the Webtop thing in another window.

They’re not kidding. The Motorola Atrix 4G is a real game changer. Look for it through AT&T, Bell Canada, and Orange UK in the not-so-distant future.